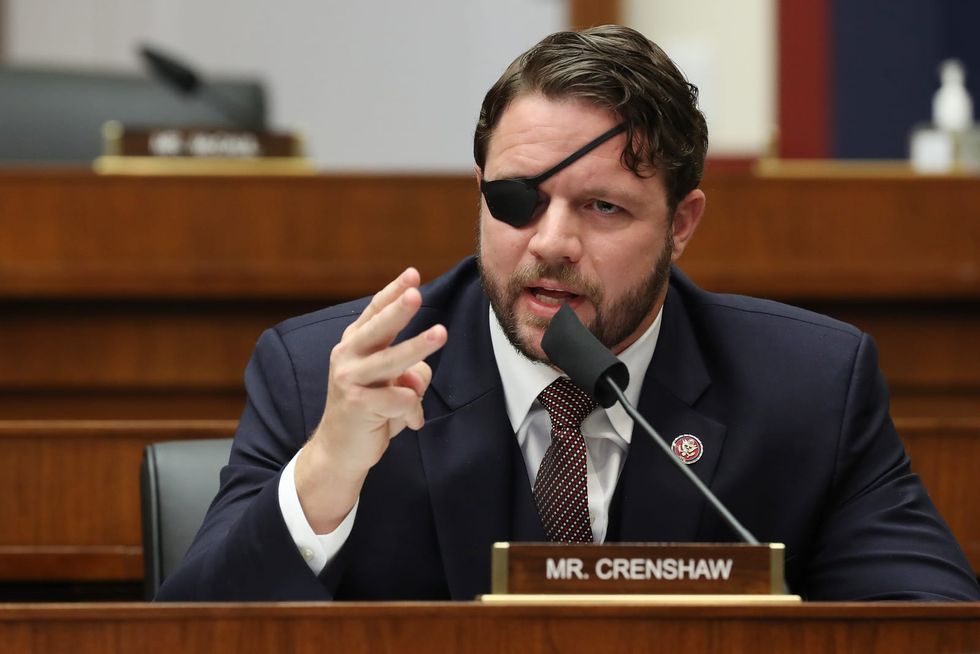 They were itching for a ballroom brawl. Right-wing internet personalities attempted to confront Rep. Dan Crenshaw at Texas’ Republican Party convention Saturday, calling him “eyepatch McCain” and saying he should be “hung for treason.” Videos posted by the combative conservatives showed Crenshaw walking through a convention center while they hurled insults at him. Crenshaw’s security team manhandled the hecklers to keep them from reaching the congressman. “Dan Crenshaw is a traitor!” shouted a man in a pro-Donald Trump hat. “He needs to be hung for treason!” Crenshaw was quiet at the conventio...