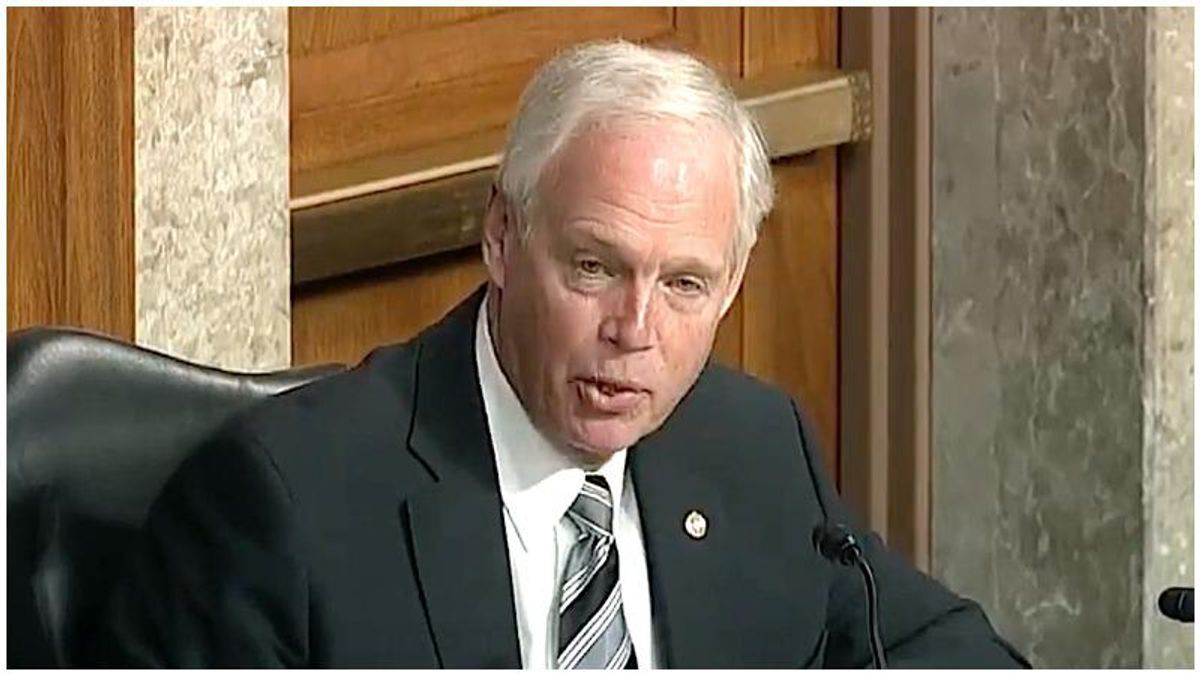 Speaking to WPR, Real Clear Politics' A.B. Stoddard said that there's a reason Johnson is floating conspiracy theories about the Capitol attack. Like other Republicans on the ballot in 2022, Johnson is catering to Donald Trump and his supporters.

"I know the senator," Stoddard said of Johnson. "He is smart enough, and I know that he knows this stuff isn't true."

"He's basically going where the wind is blowing," she added. "His voters are asking for this, and he wants that job."

Despite videos showing Capitol rioters wielding pepper spray, flag poles, and other objects, Johnson has questioned whether it was accurate to describe the situation as an "armed" insurrection.

"They were out there with Trump merch, screaming 'Fight for Trump' and calling the cops 'traitors,'" Stoddard remarked. "So with the video that we have, Sen. Johnson's comments are ridiculous."

Read the full article over at Wisconsin Public Radio.