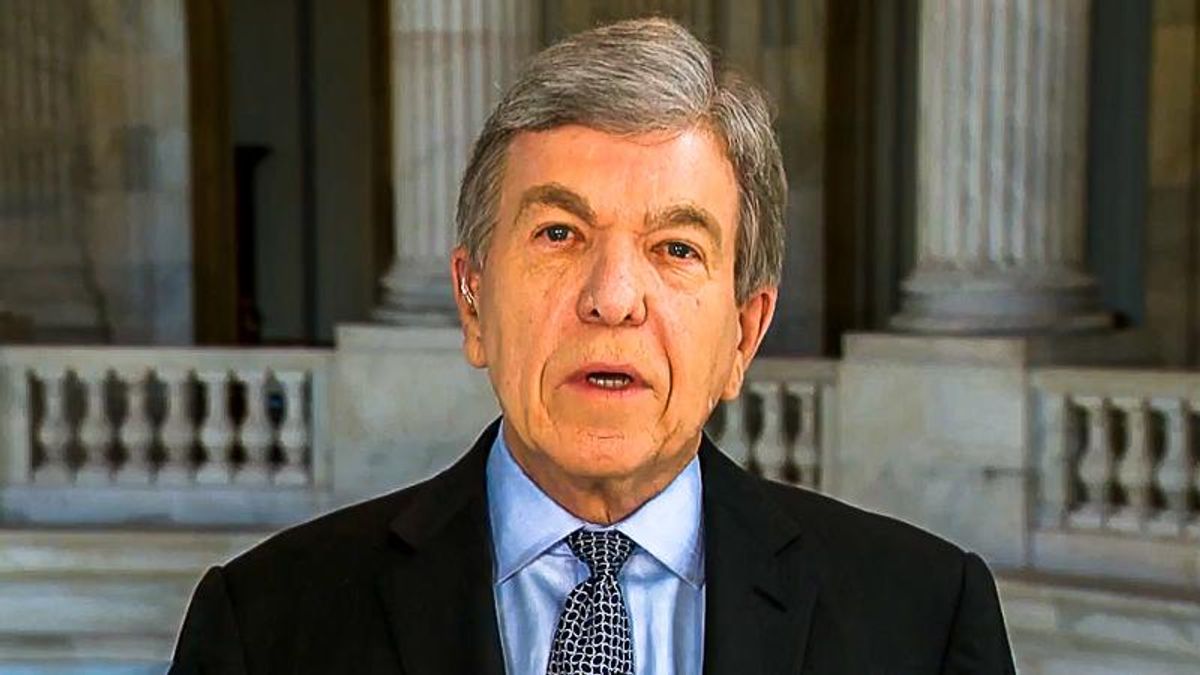 Sen. Roy Blunt (R-MO) was blasted in the St. Louis Post-Dispatch on Saturday for retiring instead of standing up to Donald Trump as the GOP lurches hard to the right as it embraces unhinged conspiracy theories.

Blunt, who served as acting House Majority Leader after Rep. Tom DeLay's fall from grace in 2005, is a leading establishment Republican.

"And now Blunt is, once again, personifying the GOP establishment, this time by exiting the extremist bunker that his party has become — a trend that intensified under Trump, as Blunt and others at the grownups' table stared down at their plates in mute terror," he explained. "With his announcement last week that his current term will be his last, Blunt joins a growing list of mainstream Senate Republicans who have opted to bail. In his case, it was a surprise. Blunt recently turned 71, a spring chicken by Senate standards. Missouri, unlike some other red states, isn't in danger of turning blue any time soon. It's unlikely any Democrat could threaten Blunt if he sought a third term in 2022."

Blunt, who served two terms as Missouri Secretary of State before his two-decade career in Washington, DC may be remembered for what he did not do.

"Blunt, just by virtue of his position in the Senate Republican hierarchy, could have forced a historic shift in the narrative of the Trump era had he done what he could have — should have — done at any point during Trump's tenure," McDermott explained. "Blunt could have walked up to any microphone in sight after some Trumpian outrage or other (the available choices were constant) and said what he knows is true: This isn't who we are. As a party, or as a country. Acceptance of this ignorant, corrosive sociopath of a president isn't a valid trade for tax cuts and judges. It's a selling of the soul, and I won't do it anymore (emphasis in original)."

"Instead, Blunt mostly held his tongue for four years, voting twice to acquit Trump for his clearly impeachable offenses of trying to extort election aid from Ukraine and for inciting violent insurrection in an attempt to overturn the 2020 vote," he noted. "In essence, Blunt consistently backed a president who represented the most dire threat to constitutional democracy that we've seen in our lifetimes. The fact that Blunt did this quietly, without the toxic enthusiasm of [Josh] Hawley and his ilk, is irrelevant. What's the point of having a grownups' table if its occupants let the children overrun the place?"