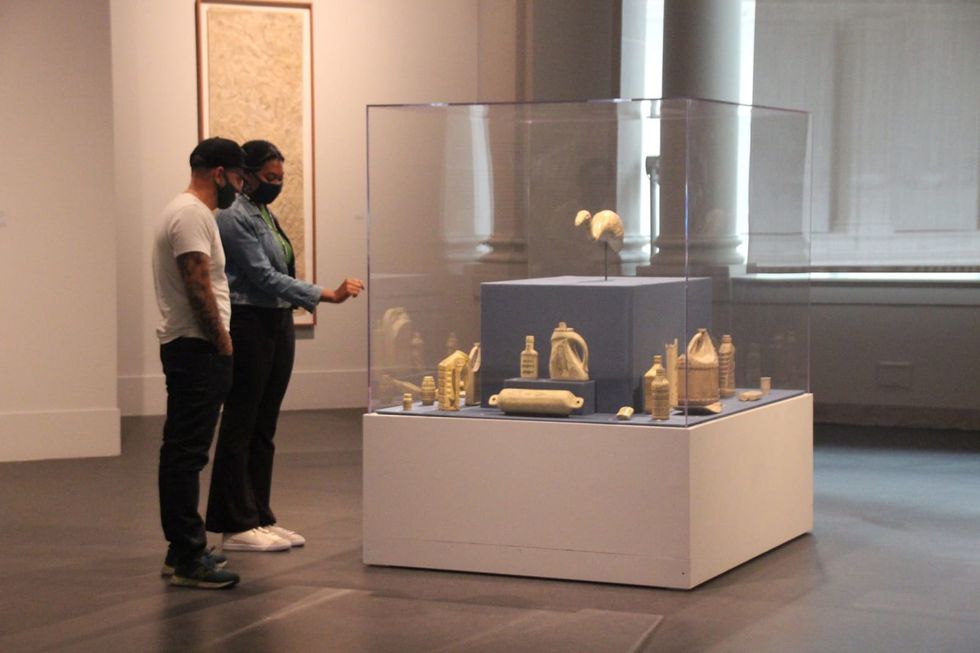 Duke Riley once made pigeons dance in front of the Manhattan skyline. Now the US artist has turned rubbish floating in the sea off New York into art.

The exhibition "Death to the Living, Long Live Trash", on display at the Brooklyn Museum from Friday onwards, shows dozens of objects, among them plastic bottles and other objects being connected up into mosaics.

"I've been out on the water for years and I see how plastic waste has increased and how you find other things, like glass or shells, much less often," Riley told dpa during an exhibition preview.

Riley, who comes from Boston and now lives in the New York borough of Brooklyn, said the exhibition was perhaps a glimpse into the future, given that maritime museums are made up of what is essentially rubbish.

The show is scheduled to be on display until April 23.

Riley has already made headlines with several art campaigns. In 2016, for example, he had around 2,000 pigeons with LED lights on their claws take to the skies for several weeks in the evening sky above New York's East River.

The artist commemorated the event at the Brooklyn Museum with a green face mask that read: "Brooklyn, this is a pigeon thing."