Russia and Ukraine agree to Mariupol ceasefire so residents can leave 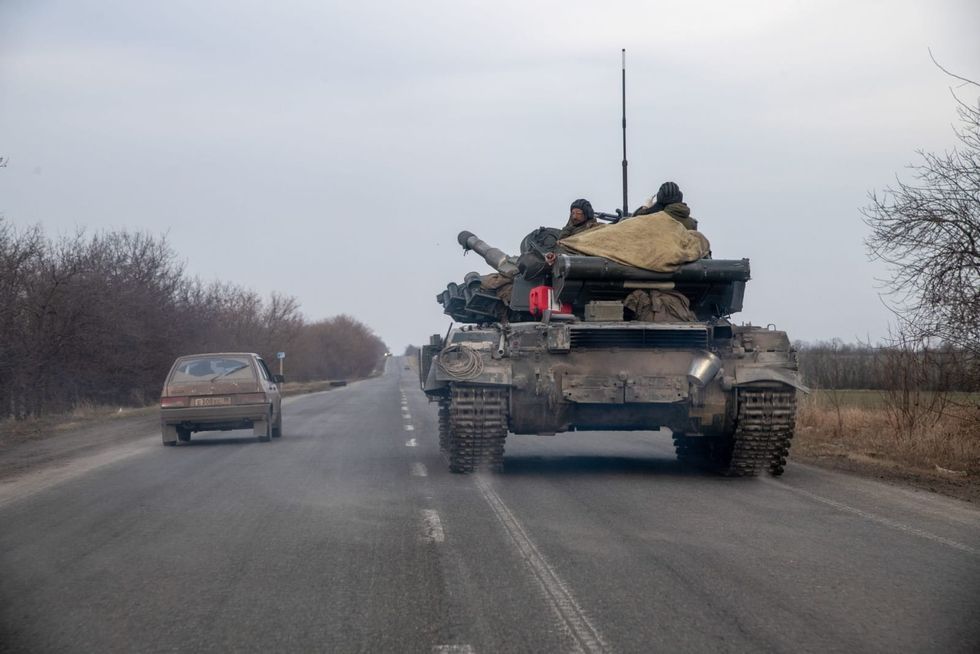 A Russian tank drive along a road outside Mariupol. The battle between Russian/Pro Russian forces and the defending Ukrainian forces lead by Azov battalion continues in the port city of Mariupol. Maximilian Clarke/SOPA Images via ZUMA Press Wire/dpa

The Ukrainian government has dispatched a convoy of buses to the besieged south-eastern Ukrainian port city of Mariupol, in the hopes of evacuating citizens still stuck there.

Iryna Vereshchuk, the deputy prime minister of Ukraine, said 45 buses will be sent to Mariupol on Thursday, following Russia's announcement of a temporary ceasefire for the city.

"We are doing everything possible to ensure that the buses get to Mariupol today and pick up the people who have not yet made it out of the city," Vereshchuk said in a video message.

"Our military forces guarantee a complete ceasefire," she said.

The bus convoy was to carry evacuees from Mariupol to Zaporizhzhia, about 200 kilometers away, via the Russian-controlled city of Berdyansk.

Several previous civilian evacuation efforts have failed due to the inability to establish safe exit routes amid the fighting.

Mariupol, a city on the Sea of Azov, has been surrounded by Russian troops since the beginning of March. According to Ukrainian officials, more than 100,000 people are still in the heavily destroyed city, where there is a severe shortage of food, medicines, heat and power. Before the war, almost 440,000 people lived there.

Vereshchuk also said that a humanitarian corridor had been established for evacuation of people from the Russian-occupied areas of Melitopol and Enerhodar, located to the west of Mariupol.

Russia attacked Ukraine five weeks ago. According to UN figures, around 1,200 civilians have been confirmed killed, although the actual number is likely to be much higher. Another 4 million have fled the country, the UN estimates.

In an address to Australia's Parliament on Thursday he called for Canberra to impose more "powerful sanctions" against Russia and for all business with country to be halted.

He thanks lawmakers for their support, but urged them to send more military help, specifically the Australian-built Bushmaster armored infantry vehicles.

"Yes, you have our prayers, but you also have our weapons, our humanitarian aid, our sanctions against those who seek to deny your freedom and you even have our coal. And there will be more," he said.

Meanwhile, Ukraine's military general staff says Russia is planning what it calls a referendum in the occupied city of Kherson to establish a Moscow-friendly "people's republic."

The move is a bid to control the southern parts of Ukraine with a "civil-military administration," the general staff said in an overnight update.

It would follow a pattern for Russia, which has recognized the separatist areas of Donetsk and Luhansk in eastern Ukraine as independent. A controversial referendum was conducted in Crimea after Russia annexed the peninsula in 2014.

Kherson, with some 300,000 inhabitants, is a strategic city as it plays a key role in the protection of the port city of Odessa in Ukraine's south.