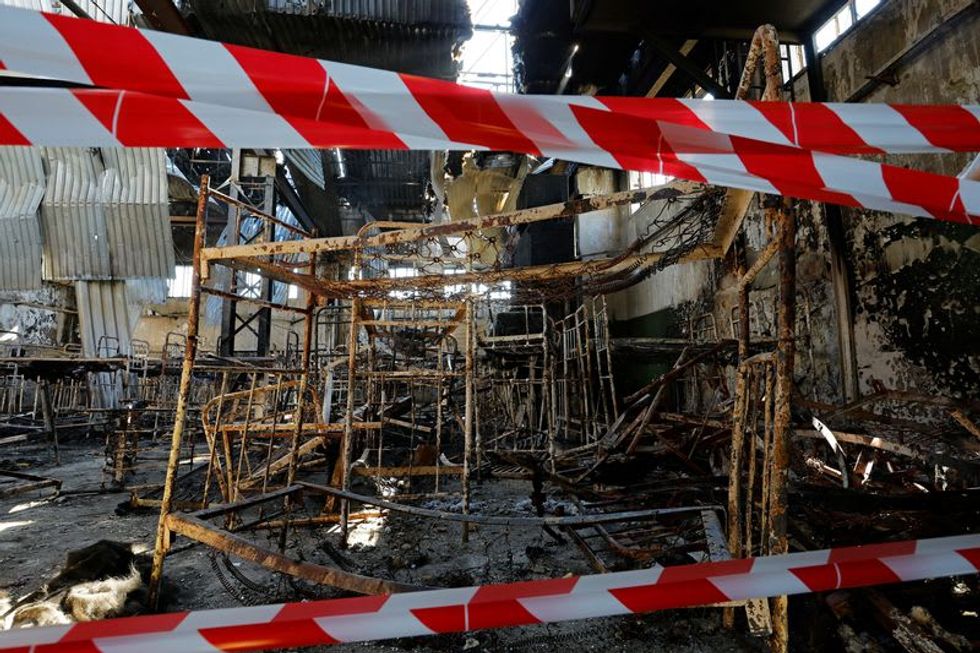 OLENIVKA, Ukraine (Reuters) - The head of the Russian-backed separatist administration in eastern Ukraine's Donetsk region said on Wednesday that a trial of captured personnel from Ukraine's Azov Regiment would take place by the end of the summer, likely in the city of Mariupol.

The Azov Regiment, a unit of Ukraine's national guard with far-right and ultranationalist origins, garnered international attention for its resistance to the Russian siege of Mariupol's vast steelworks.

After fighting for weeks from the bunkers and tunnels below the steel works, hundreds of Azov fighters surrendered in May to Russian-backed forces.

Though the Azov prisoners have not yet been formally charged, on Aug. 2 Russia's supreme court ruled the regiment was a terrorist organisation, clearing the way for captured fighters to be charged as such.

Ukraine, which has itself tried and convicted a string of Russian soldiers for war crimes committed against civilians, says the Azov captives are prisoners of war, deserving of protection under the Geneva Conventions.

"The first tribunal will take place probably in Mariupol, and it will be organised before the end of summer," Denis Pushilin, head of the self-proclaimed Donetsk People's Republic, told reporters during a tour organised by Russia's defence ministry.

Pushilin spoke at the Donetsk region's Olenivka prison, where 53 Ukrainian prisoners of war, including Azov fighters, were killed on July 29 during shelling that both Ukraine and Russia have blamed on each other.

Pushilin said that a trial in Mariupol would be open to media and to international representatives: "The task is hold the most open trial possible, so that no one has any doubts".

Russia regularly cites Azov in support of its assertion that Ukraine is controlled by "fascists". Russian state media has compared Azov fighters to World War Two-era Nazis, whose defeat by the Soviet Union remains a core part of Russian national identity.

Kyiv says the Azov Regiment was reformed away from its radical origins and that it has nothing to do with politics. The regiment itself has also distanced itself from the views of its nationalist founder.

The regiment denies allegations of fascism, Nazism and racism and says that Russia spreads disinformation about the regiment.

(Reporting by Reuters; editing by Guy Faulconbridge and Jon Boyle)