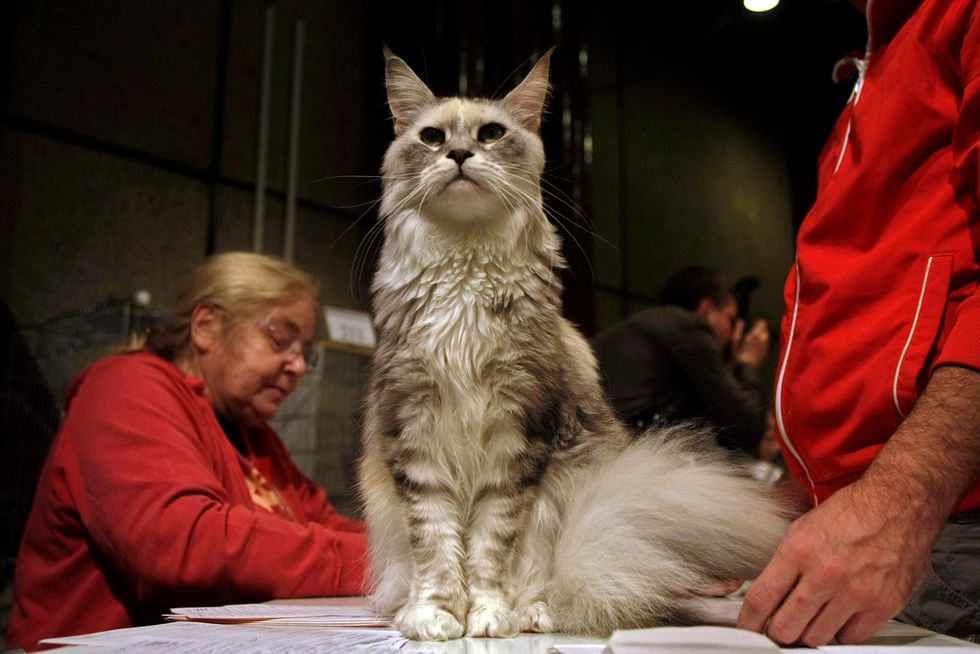 A cat is pictured on Dec. 10. 2011, at the International Cat Show in Budapest. - Ferenc Isza/AFP/Getty Images North America/TNS

The Federation Internationale Feline announced on its website that because of Russian President Vladimir Putin’s invasion of Ukraine, FIFe has banned Russian cats from international competition until at least June. “The Board of FIFe feels it cannot just witness these atrocities and do nothing,” the organization said. It noted that in addition to more than a million people being displaced amid the violence in Eastern Europe, animals are being affected as well. The “shocked and horrified” federation said it will use part of its budget to help cat fanciers in Ukraine. Its sanction against Russia...