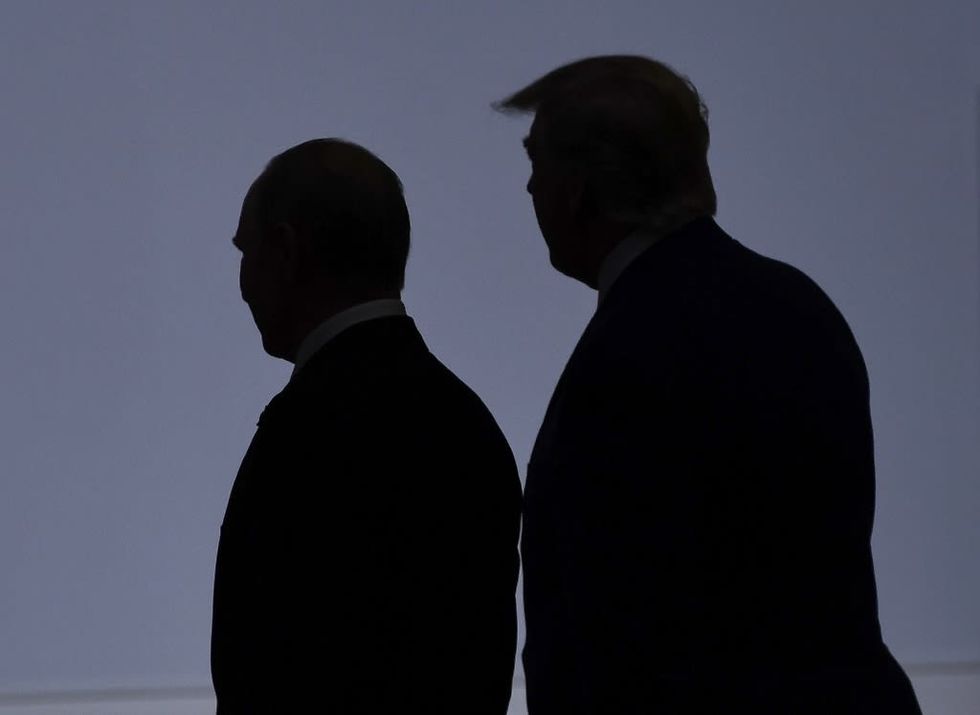 US President Donald Trump (R) walks in 2019 with President Vladimir Putin of Russia, which has been blamed for a massive cyberattack in the United States

Washington (AFP) - Hackers broke into systems used by top US Treasury officials during a massive cyberattack on government agencies and may have stolen essential encryption keys, a senior lawmaker said Monday. Senator Ron Wyden, who sits on both the Senate Intelligence and Finance Committees, said after a closed-door briefing that the hack at the US Treasury Department "appears to be significant." Dozens of email accounts were compromised, he said in a statement. "Additionally the hackers broke into systems in the Departmental Offices division of Treasury, home to the department's highest-rank...