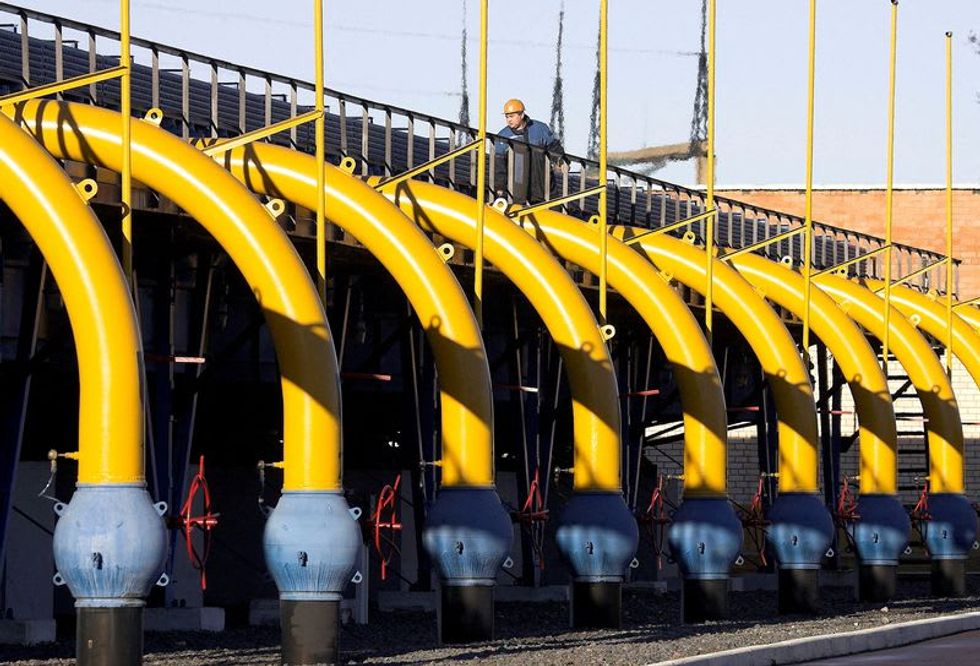 By Vladimir Soldatkin MOSCOW (Reuters) -A pipeline normally bringing Russian gas into western Europe flowed in reverse for a seventh day on Monday, a situation Moscow blames on German speculation, despite surging European heating costs. President Vladimir Putin said last week that Germany was reselling Russian gas to Poland and Ukraine rather than relieving an overheated market, pointing the finger at German gas importers for the reversal and rocketing prices. European power prices have risen due to a dramatic increase this year in the cost of gas, which is used to generate electricity as well...