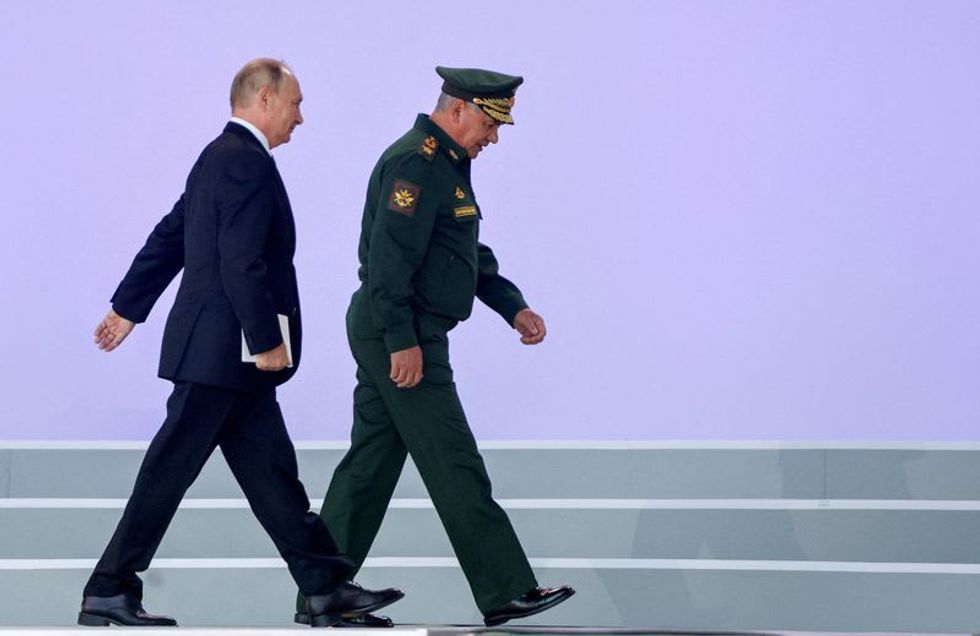 By Guy Faulconbridge and Felix Light

LONDON (Reuters) - A Russian-installed official in Ukraine poured scorn on Moscow's generals on Thursday and suggested its defense minister should shoot himself because of failures in the Ukraine conflict, in a highly rare public rebuke of the Kremlin's top brass.

After more than seven months of war in Ukraine, Russia's most basic war aims are still not achieved while Russian forces have suffered a series of battlefield defeats in recent months, forcing Putin to announce a partial mobilization.

In a four-minute video message, Kirill Stremousov, the Russian-installed deputy head of the annexed Kherson region, followed suit, publicly scolding the "generals and ministers" in Moscow for failing to understand the problems on the front.

"Indeed, many say: if they were a defense minister who had allowed such a state of affairs, they could, as officers, have shot themselves," Stremousov said. "But you know the word 'officer' is an incomprehensible word for many."

Such public - and insulting - criticism of Putin's top team from within the system is extremely rare in modern Russia.

Defense Minister Sergei Shoigu, one of Putin's closest allies, was appointed in 2012. So close was their relationship that the two men regularly holidayed together in the forests and mountains of Shoigu's native Tuva.

Stremousov laced his criticism with words of praise for the soldiers who stood to the death to defend their country, contrasting their heroism with the "incompetent military leaders" in Moscow.

"Let's say this: The ministry of defense does not only consist of ministers, generals, corrupt marauders and other various scum, but all those heroes who gave their lives today, who stand to the end," Stremousov said.

"I agree with Ramzan Akhmatovich Kadyrov, who raised this issue. Well done," he said.