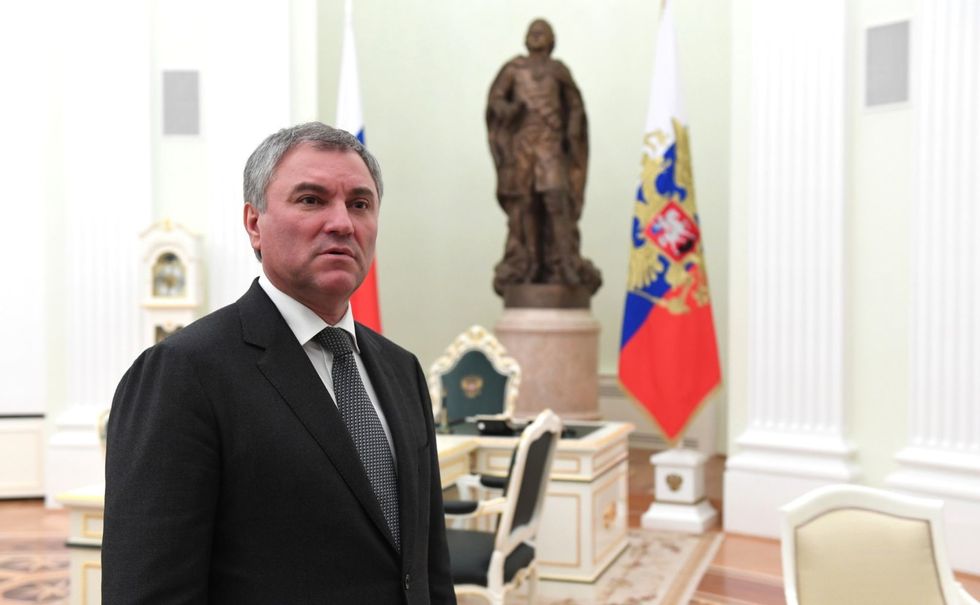 The head of the Russian parliament wants compensation from Europe because of Western sanctions prompted by Russia's war on Ukraine.

Vyacheslav Volodin said the sanctions against Russia were illegal.

"We will come back to the issue and calculate the damage you have caused to our economy. You will have to pay for it in any case," he threatened on his Telegram channel on Wednesday. He made his demands in connection with Moscow's demand to switch gas payments to the Russian national currency, the rouble.

Volodin criticized European countries as unreliable partners. "You are constantly robbing gas supplies and thus in effect stealing money from our budget and thus from our citizens," he accused the West. The Duma chief said that the Europeans' search for new suppliers was in any case throwing long-standing cooperation in the energy sector out of kilter.

Russia was ready to redirect its energy supplies and had already adapted to the new situation with the sanctions, he said. "But whether your states, which are used to living carelessly at Russia's expense, are ready, only time will tell," Volodin wrote.

The 58-year-old is one of Russian President Vladimir Putin's confidants and is considered by critics of the Kremlin to be one of the most corrupt figures in Russia's power apparatus.