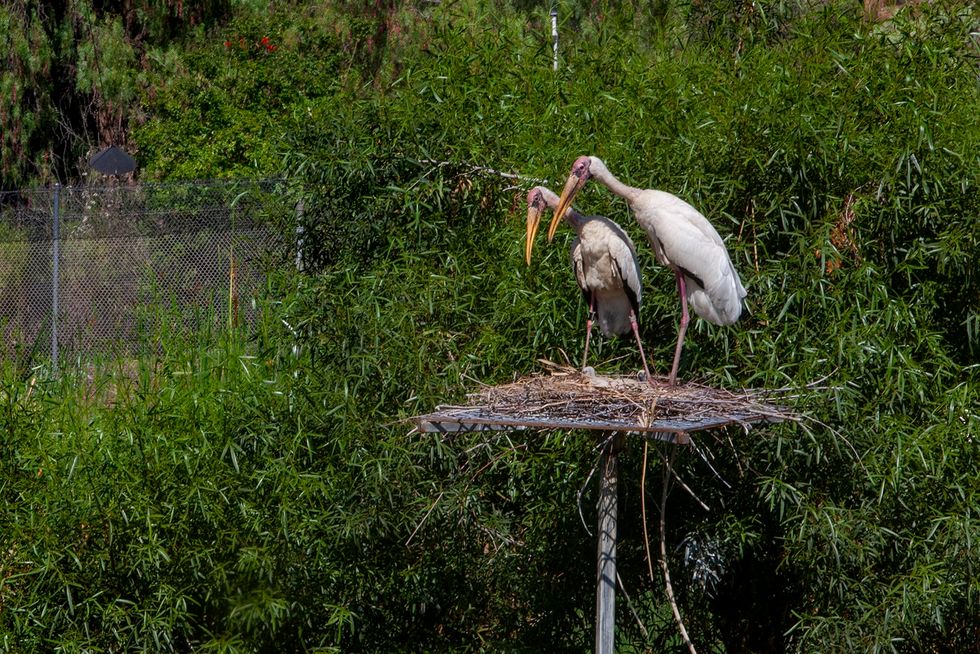 ESCONDIDO, Calif. — About 120 birds at San Diego Zoo Safari Park were moved to new protected habitats at Safari Park last week and more will be relocated in the next few weeks in response to a highly contagious strain of avian flu that recently was detected in California. "There was a little squabbling here and there, but that's what we'd expect," bird curator Andrew Stehly said about the animals' reaction to the move, which he said has gone smoothly so far. The San Diego Zoo and Safari Park had been preparing for the arrival of the Highly Pathogenic Eurasian H5N1 strain of avian influenza sin...