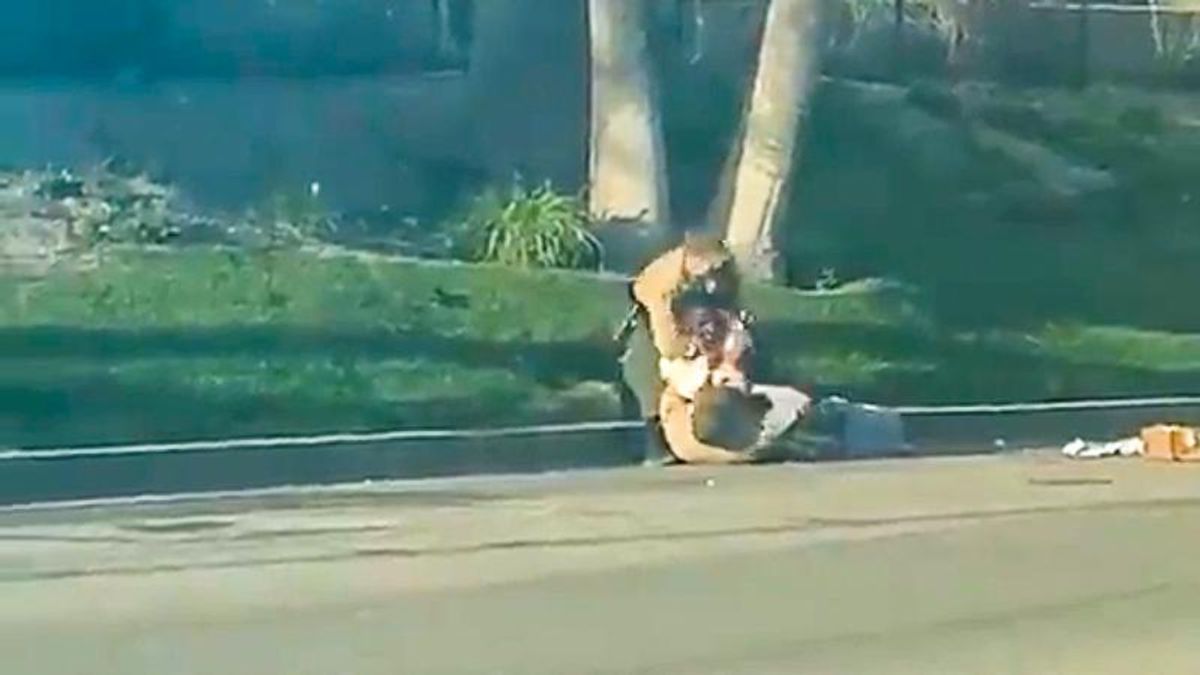 The Santa Clarita Valley Sheriff's Station in California has reportedly launched a use of force investigation after video showed two deputies beating a Black man.

The Valley Post reported that officials with the sheriff's office acknowledged the investigation in a statement.

“Santa Clarita Sheriff's Station is aware of a video circulating on social media," the statement said. “A use of force investigation is currently ongoing."

Video of the confrontation shows deputies beating and choking a Black man on the side of Danielson Street near Jakes Way in Canyon Country. The man appears to be bloody from the beating.

Santa Clarita Valley Sheriff's Station officials later said that the man was sought in connection to the robbery of a U.S. Postal employee. The suspect was said to have used a simulated handgun during the robbery.

'He Can't Breathe:' Video Of Santa Clarita Deputies Leads To Use Of Force Investigation