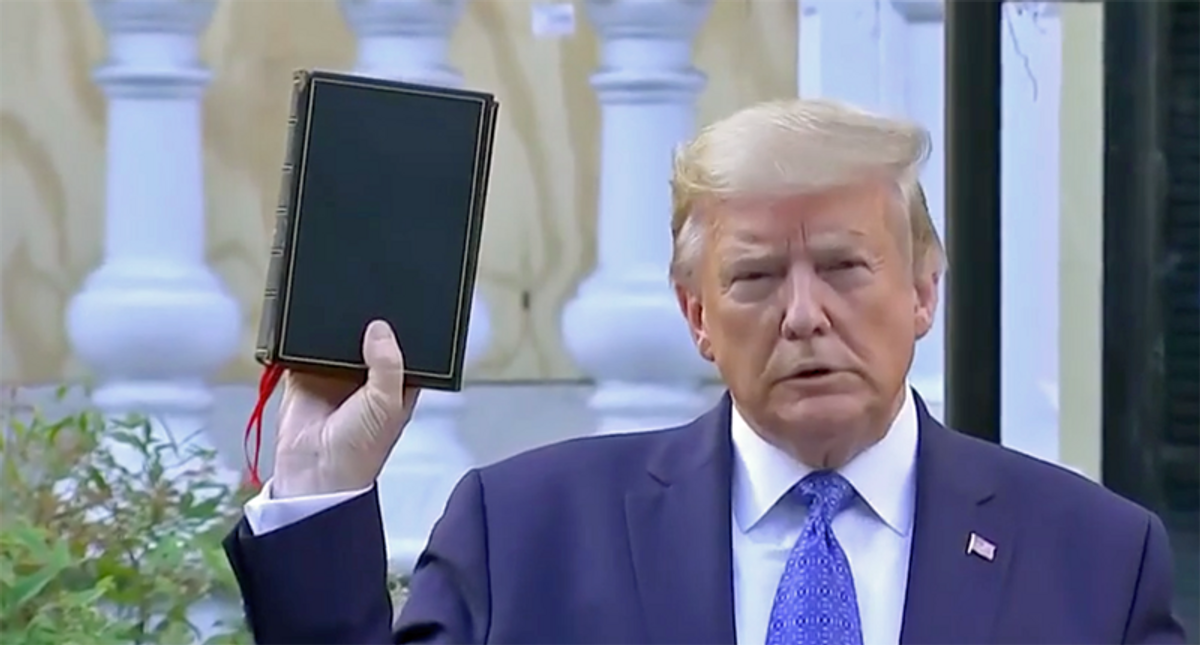 On Tuesday, The Daily Beast reported that Homeland Security officials shut down a probe into the forcible removal of George Floyd protesters from near the White House last year.

"Department of Homeland Security staff reportedly urged the agency's inspector general, Joseph Cuffari, to look at the Secret Service's role in the violent removal of protesters from Lafayette Square on June 1 — an operation designed to allow President Donald Trump to stage a Bible-clutching photo-op," reported Jamie Ross. "According to the report, Cuffari also hampered a probe into whether the Secret Service broke federal COVID-19 protocols and put staff members at risk of getting sick."

A spokesperson for the agency, Erica Paulson, denied that the probe was shut down for political reasons: "Our office does not have the resources to approve every oversight proposal... In both of these cases, we determined that resources would have a higher impact elsewhere."

Trump's Bible photo-op after protesters were violently cleared with smoke bombs and rubber bullets was so controversial that even Fox News was hesitant to defend his behavior — which the former president complained bitterly about on Twitter.