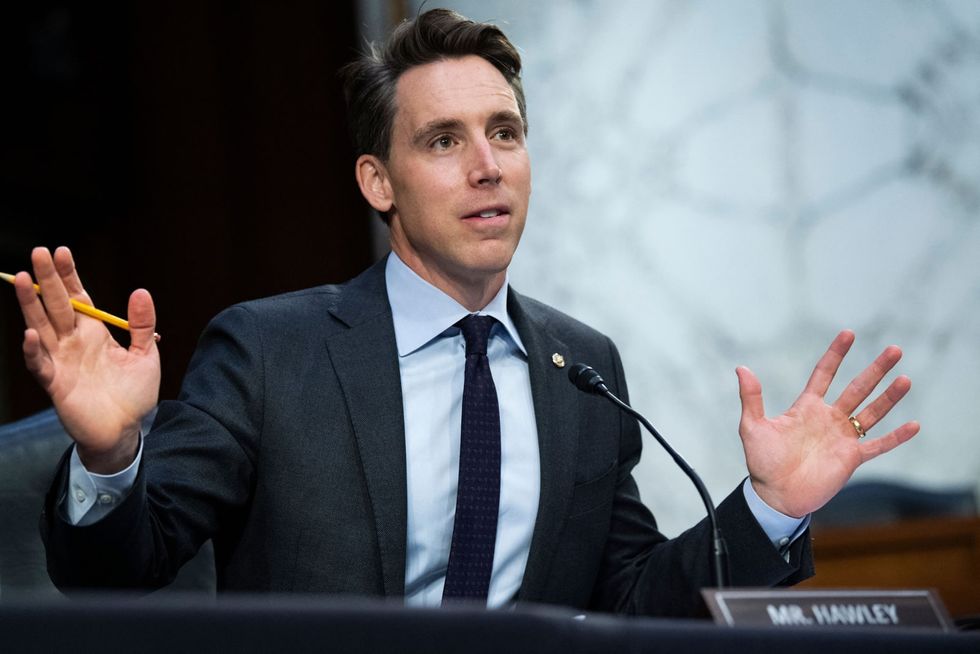 The Show Me State is giving new meaning to Senate race. A rare moment of humor in Thursday’s House Select Committee hearing investigating the Jan. 6 insurrection featured Missouri Sen. Josh Hawley cheering on an angry mob that was about to storm the Capitol, then running for his life once safely inside the building. In recognition of that shameful moment, the Democratic Party in the senator’s home state is advertising a Hawlin’ Hawley 5K fundraising race. The 42-year-old politician has traded off of images of his holding up a single fist while cheering-on Donald Trump fanatics shortly before t...