She went to jail after hallucinating a shooting at O'Hare Airport. Now she advocates for those with mental illness in the criminal justice system. 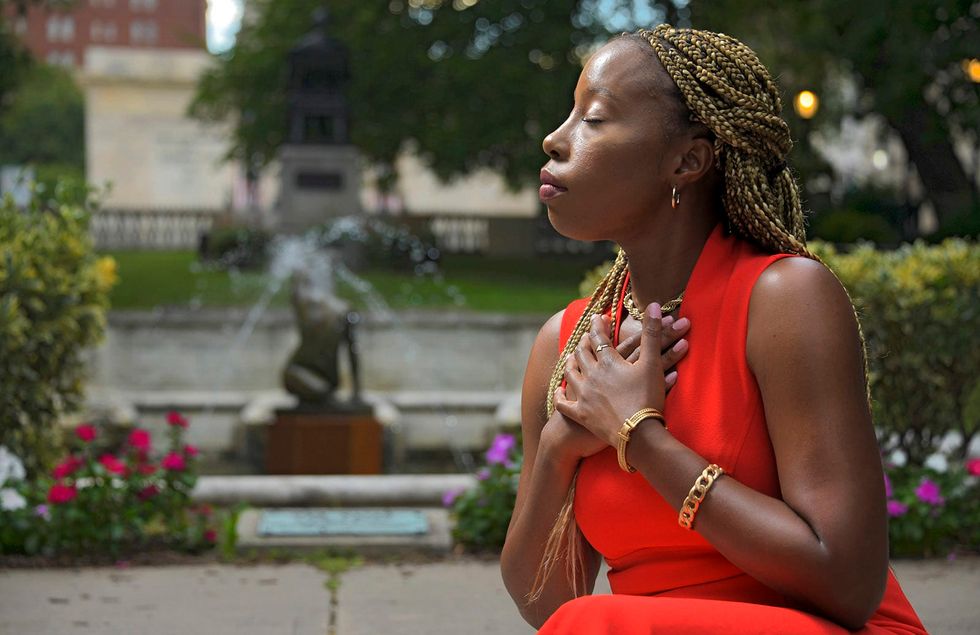 Olachi Tiffany Etoh, who was arrested in Chicago for kidnapping in 2014 and found not guilty by reason of insanity, in Baltimore on July 14, 2021. - Karl Merton Ferron/3121429/TNS

CHICAGO – When the hallucinations started, Olachi Tiffany Etoh says she could see stars raining into her hands. Then 24, college educated and working for a Fortune 500 company, she fled her office and began wandering streets on the city’s Northwest Side before winding up at O’Hare International Airport. Etoh had been battling mental health issues for years, somehow finding a way to function at a high level despite the relentless voices inside her head. This time, however, was different. While at O’Hare, she became completely untethered from reality and hallucinated that she was in the center o...