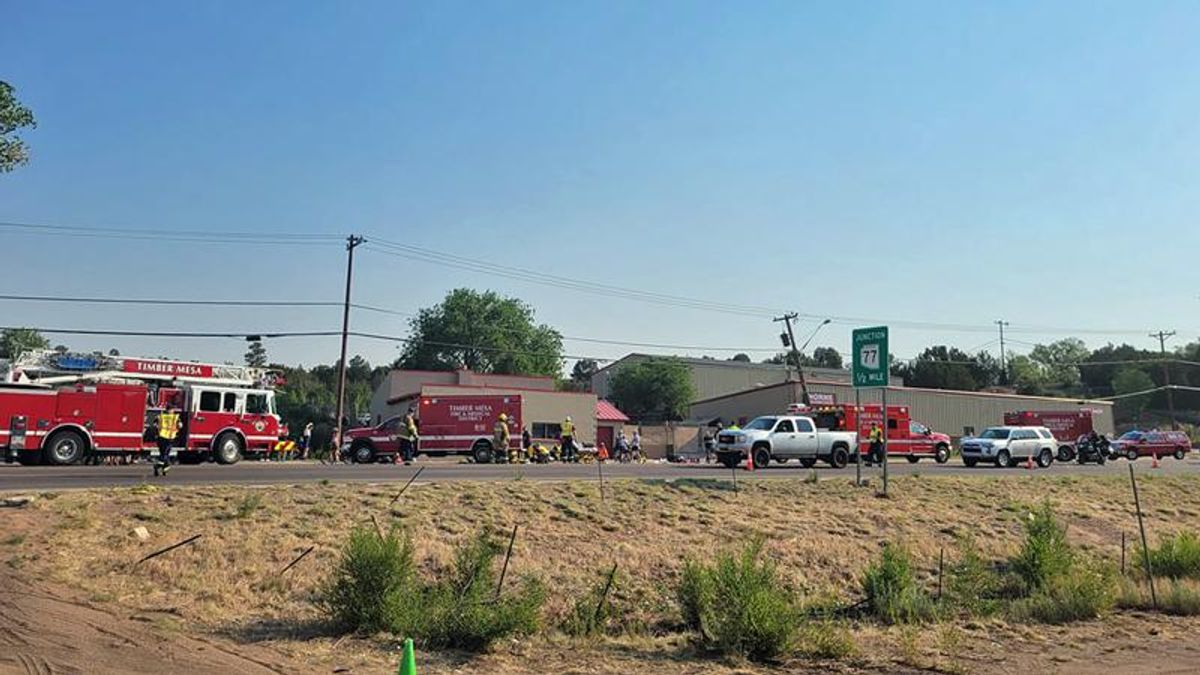 Police say the suspect, a 35-year-old white man, fled the scene, but was later shot and apprehended by police.

"Six people were taken to a local hospital for treatment. Four are in critical condition and two are critical but in stable condition," the network reported. "Police said two others were injured in the crash and went to the local hospital as walk-ins."

The suspect is reportedly in "critical but stable condition."