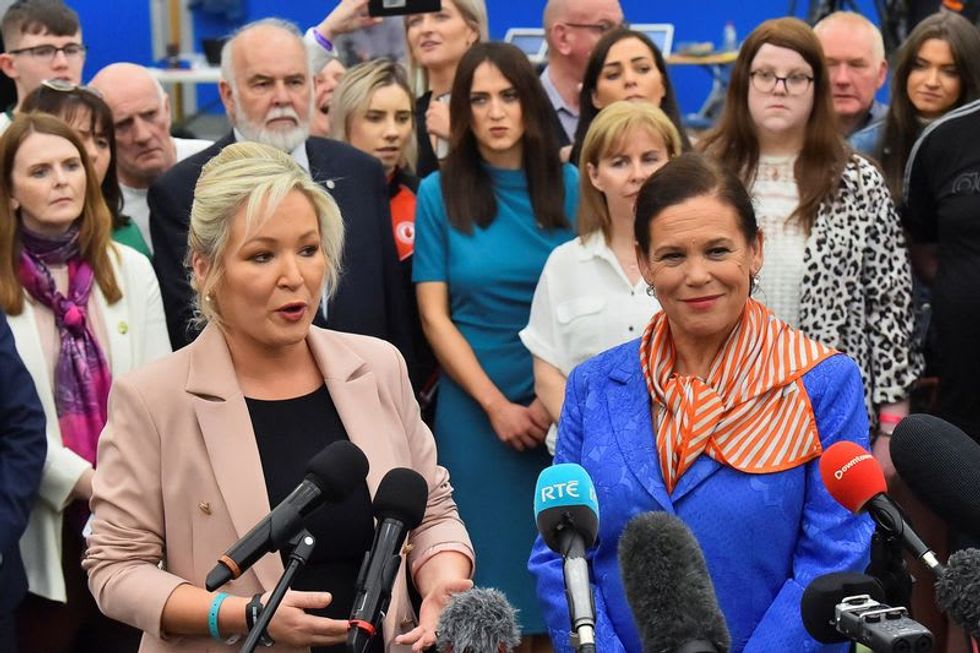 By Amanda Ferguson BELFAST (Reuters) - Sinn Fein, the former political wing of the IRA, hailed its first election win in Northern Ireland’s history as a "defining moment" for the British-controlled region and called for a debate on the creation of a united Ireland. Sinn Fein secured 29% of first-preference votes compared with 21.3% by the pro-British Democratic Unionist Party (DUP), official results showed. While the final seat count has not been declared, analysts said no one could catch Sinn Fein. "Today represents a very significant moment of change. It's a defining moment in our politics a...