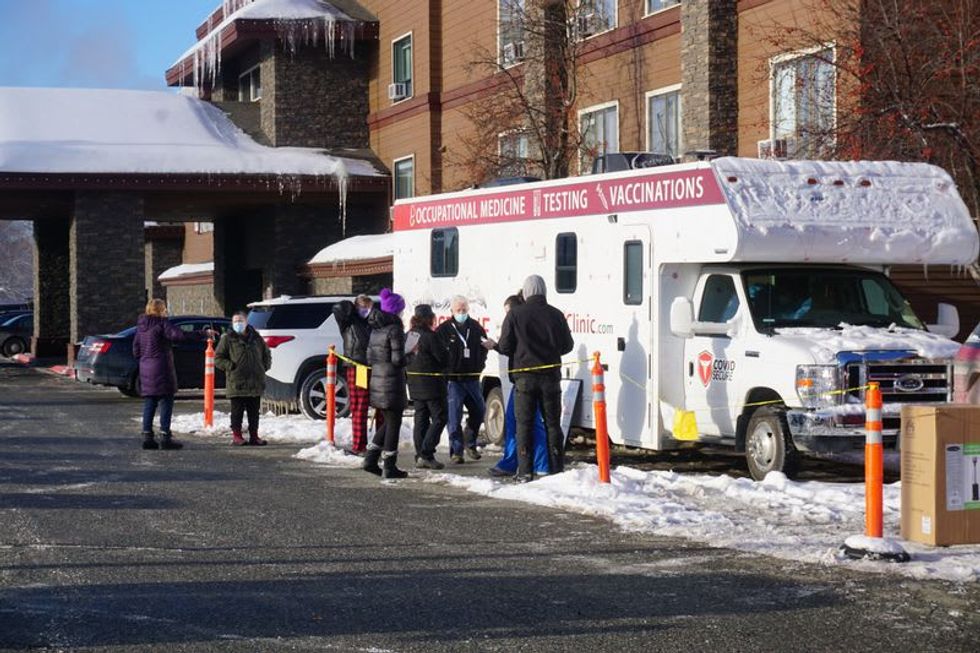 By Yereth Rosen ANCHORAGE, Alaska (Reuters) - The first of 47 mushers and their teams of huskies competing in this year's Iditarod Trail Sled Dog Race dashed off on their trek into the Alaska wilderness on Sunday, setting out on a course drastically altered by the coronavirus pandemic. The starting line of the 2021 event was placed off-limits to the usual crowds of cheering spectators, and none are expected anywhere along the abbreviated route for this year's 49th running of the world's most famous sled-dog marathon. Access to the starting area - a secluded spot at the edge of a frozen river i...