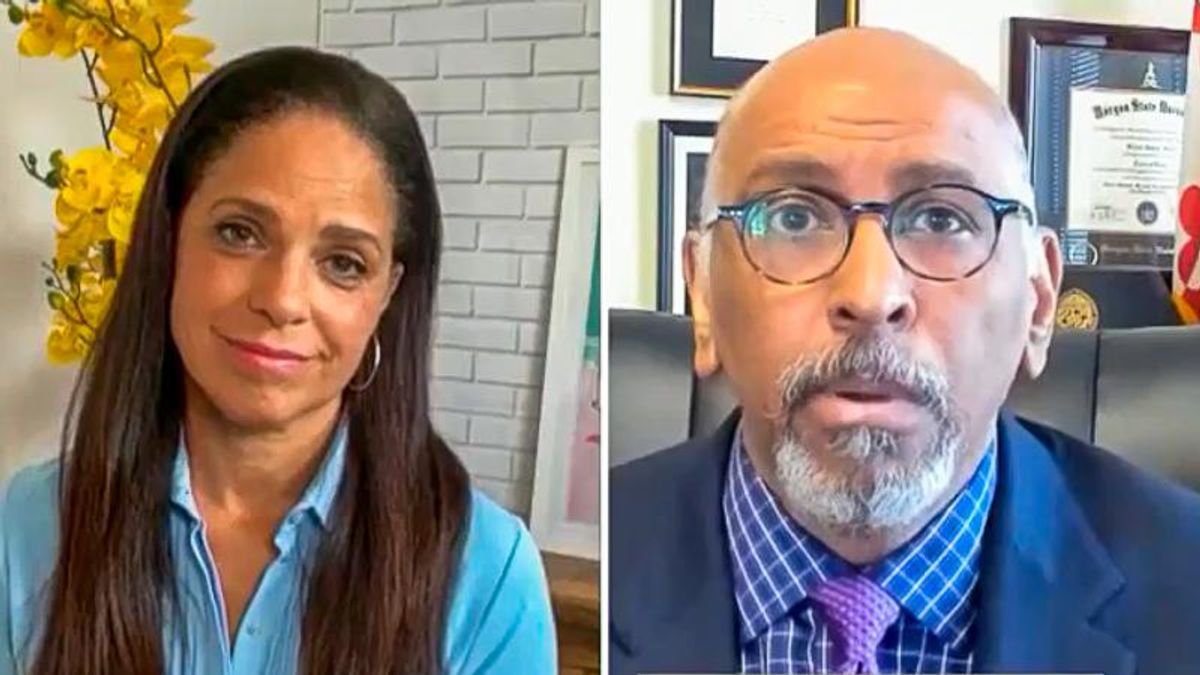 During a discussion on MSNBC, host Jonathan Capehart noted that Sen. Ron Johnson (R-WI) recently indicated that he did not fear the insurrectionists at the U.S. Capitol because they were not Black.

"I have interviewed that senator many times and I have not remembered him being so crazy and overtly racist," she said. "Those were his people, they made him feel very comfortable. If they had been black people then he would have been worried and we should all be scared. It's just overtly racist."

Capehart then turned to Steele.

"This is your party," the MSNBC host told Steele. "I assume you are still a member of the Republican Party."

"I am, yeah," Steele admitted.

"Because this is where I've been for 46 years and I don't get to step off that easily," Steele explained. "It's a tough journey. It's in a tough place right now. And so there are a lot of us like Adam Kinzinger and others who are trying to fight for fresh ground. But you've got the Ron Johnsons that stand in the way."

"What I appreciate about the Johnson comment is, OK, fine, I like the clarity of letting me know what you think about me," he continued. "I understand now you are afraid of Black people. So this is good to know."