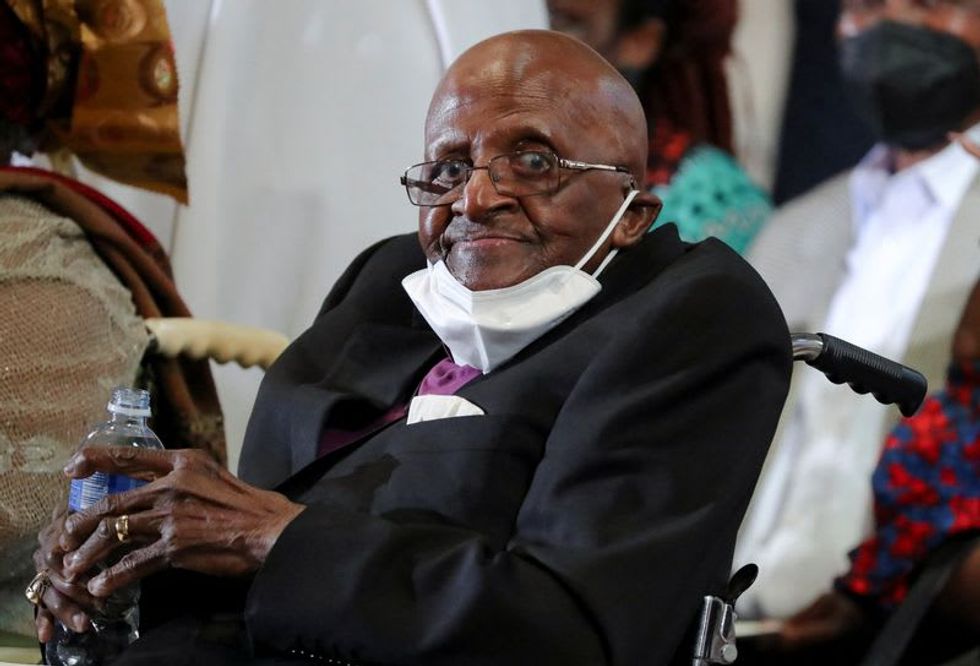 JOHANNESBURG (Reuters) - Archbishop Desmond Tutu, Nobel Peace Prize laureate and veteran of South Africa's struggle against white minority rule, has died aged 90, the presidency said on Sunday. "The passing of Archbishop Emeritus Desmond Tutu is another chapter of bereavement in our nation’s farewell to a generation of outstanding South Africans who have bequeathed us a liberated South Africa," President Cyril Ramaphosa said. (Reporting by Nqobile Dludla; Editing by Robert Birsel)