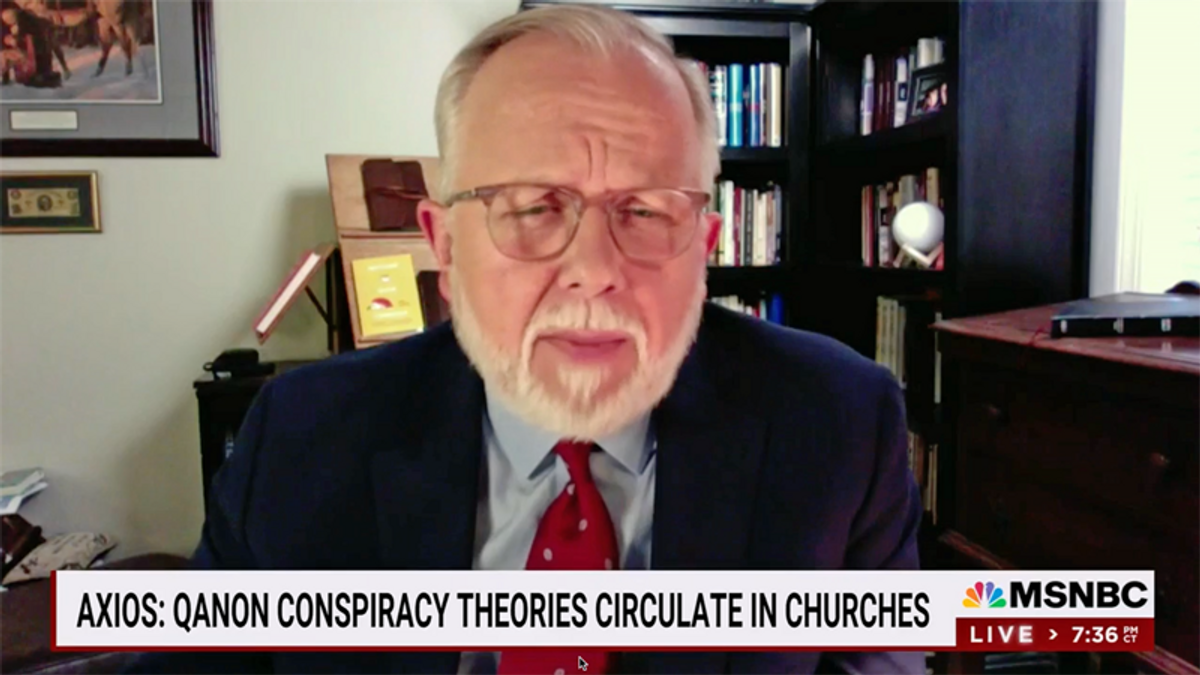 "That stunning window into the country's congregations followed a major poll, out last week: 15% of Americans, the poll found, agree with the QAnon contention that 'the government, media, and financial worlds in the U.S. are controlled by a group of Satan-worshipping pedophiles who run a global child sex trafficking operation.' The online poll was taken by Ipsos in March for the Public Religion Research Institute and Interfaith Youth Core," Axios reported. "The poll found that Hispanic Protestants (26%) and white evangelical Protestants (25%) were more likely to agree with the QAnon philosophies than other groups."

Litton was asked about QAnon in churches by MSNBC's Joshua Johnson during a Saturday night interview.

"Well, I honestly haven't seen it in my church, but I do hear of pastors in some cases -- I think it's a fringe movement," he said.

"But here's the reality. We are people of the truth and so conspiracy theories have never bode well, we don't accept those, we look for what the truth says," he said.