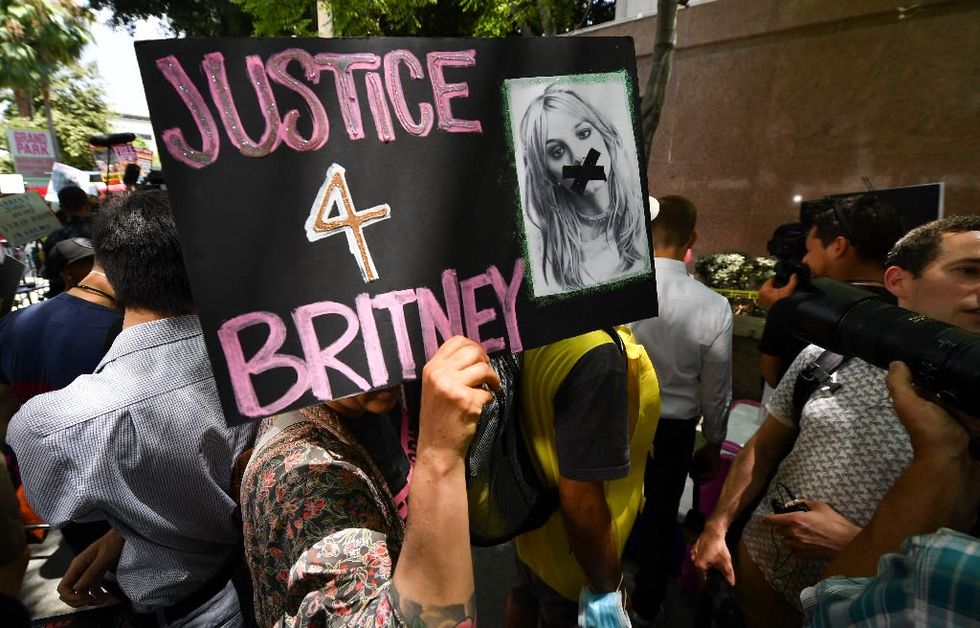 Even before Britney Spears asked the court to end her guardianship, her loyal fans had mounted a #FreeBritney campaign, gathering outside court hearings and at rallies across the globe

Los Angeles (AFP) - Britney Spears' lawyer is moving "aggressively and expeditiously" to remove her father from the controversial guardianship controlling her affairs, he said Monday.

The attorney updated reporters after a very brief Los Angeles court hearing held to discuss security costs for the singer's professional conservator, who said she has received threats over the globally followed case.

"My firm and I are moving aggressively and expeditiously to file a petition to remove Jamie Spears unless he resigns first," said Mathew Rosengart.

"We're working very hard on the documents," added Rosengart, who was appointed last week after a judge allowed the singer to choose her own representation.

Spears was placed under a unique legal guardianship largely governed by her father after she suffered a highly public 2007 breakdown.

But the pop star has become increasingly vocal and public in opposing the conservatorship since a dramatic court testimony last month in which she slammed the system as "abuse."

She repeated and extended on that testimony in court last week, again via phone, and at the weekend wrote on Instagram that she was "not gonna be performing on any stages anytime soon with my dad handling what I wear, say, do, or think."

Even before Spears asked the court to end her guardianship, her loyal fans had mounted a #FreeBritney campaign, gathering outside court hearings and at rallies across the globe.

"I once again want to thank Britney Spears for her courage and strength," said Rosengart on Monday.

"I also want to thank Britney Spears' fans and supporters," he added.

"The outreach and support for my firm, myself and most importantly Britney has truly been overwhelming, from coast to coast and literally throughout the world."

Jamie Spears' lawyer last week told the court he would not step down voluntarily, and disputed her accounts blaming her father for all the bad things that have happened to her as "the furthest thing from the truth."

Monday's hearing concerned a request for $50,000 per month security fees from Jodi Montgomery, who is currently responsible for Spears' person. Jamie Spears is currently in control of his daughter's estate.

Another hearing on the security fees issue will take place next Monday, before several more petitions are heard back in court late September.