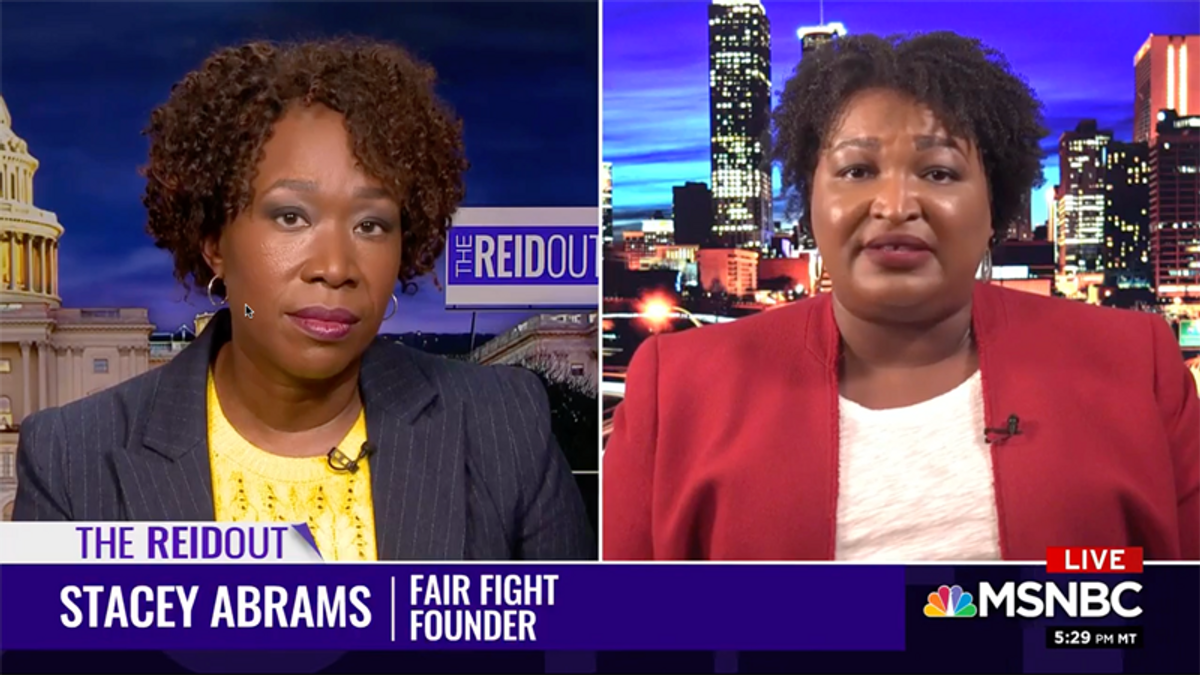 Abrams said she "absolutely" supported such a move, but suggested the bill "should at least be subject to a carve-out."

"The fundamental right to democracy is the ability to vote and if there is nothing else that we would be willing to require a simple majority to protect, it should be the right to vote. This is not an exception that is without precedent, we've already seen them eliminate the filibuster for judicial appointments, we've seen them do the same thing for budget reconciliation," she explained. "This is about our democracy, and we know how fragile it is because we watched it happen less than two months ago."