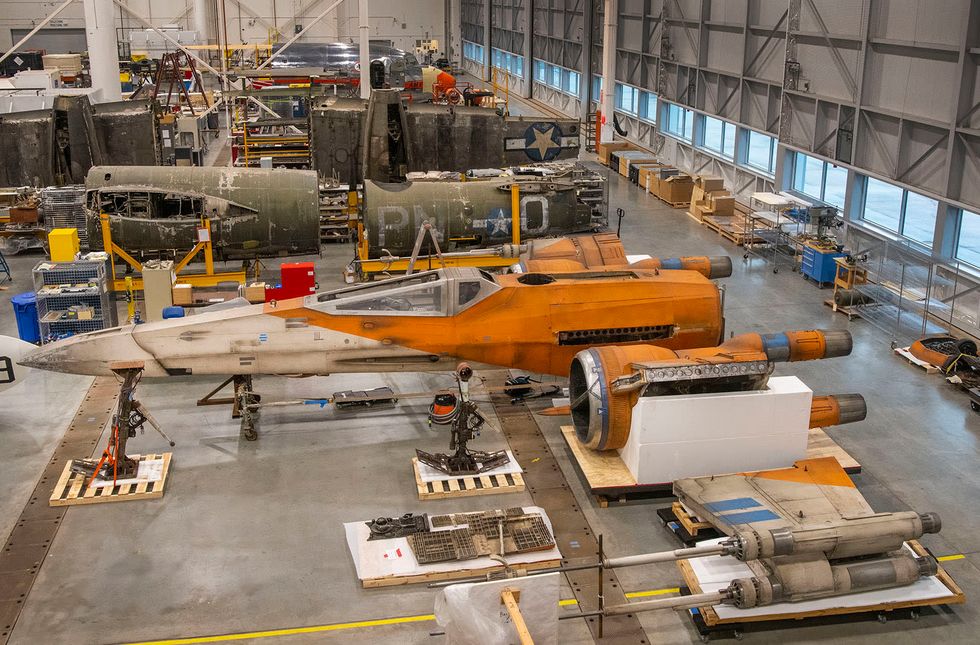 Designed by Colin Cantwell, it is pictured here at the Steven F. Udvar-Hazy Center in Chantilly, Virginia, on May 3, 2021. - Jim Preston/Smithsonian National Air and Space Museum/TNS

Colin Cantwell, who designed some of the most iconic images featured throughout the “Star Wars” movies, has died at age 90. Partner Sierra Dall told The Hollywood Reporter that the artist died at his home in Colorado on Saturday. A cause of death has not been released. Cantwell’s contributions to the “Star Wars” galaxy included coming up with the concept art for the Death Star space station, as well as the X-wing, Star Destroyer and TIE fighter ships. “I didn’t originally plan for the Death Star to have a trench, but when I was working with the mold, I noticed the two halves had shrunk at the ...