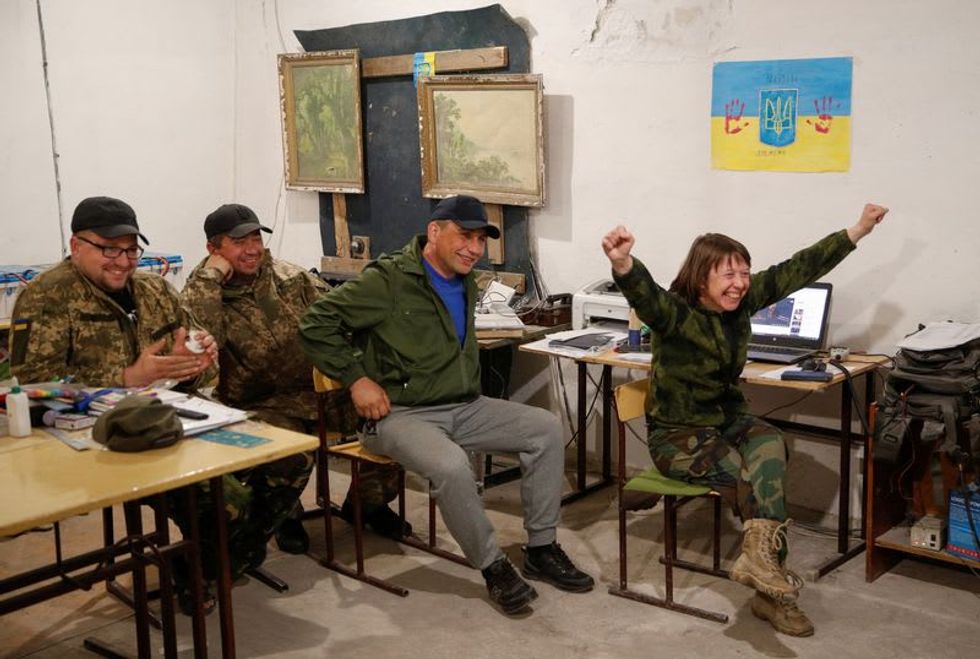 By Tom Balmforth and Natalia Zinets KYIV (Reuters) - Proud Ukrainians revelled in their Eurovision Song Contest victory on Sunday, renaming a train route in its honour as they hoped for victory in their grinding war with Russia. Ukraine's Kalush Orchestra triumphed in Italy on Saturday with their entry "Stefania", a song fusing rap with traditional folk music that was a tribute to band frontman Oleh Psiuk's mother. "We were very happy with Ukraine's victory, and we hope that we will win not only at Eurovision," Liubov Savinkova, a Kyiv resident, said in an obvious reference to the war. Russia'...