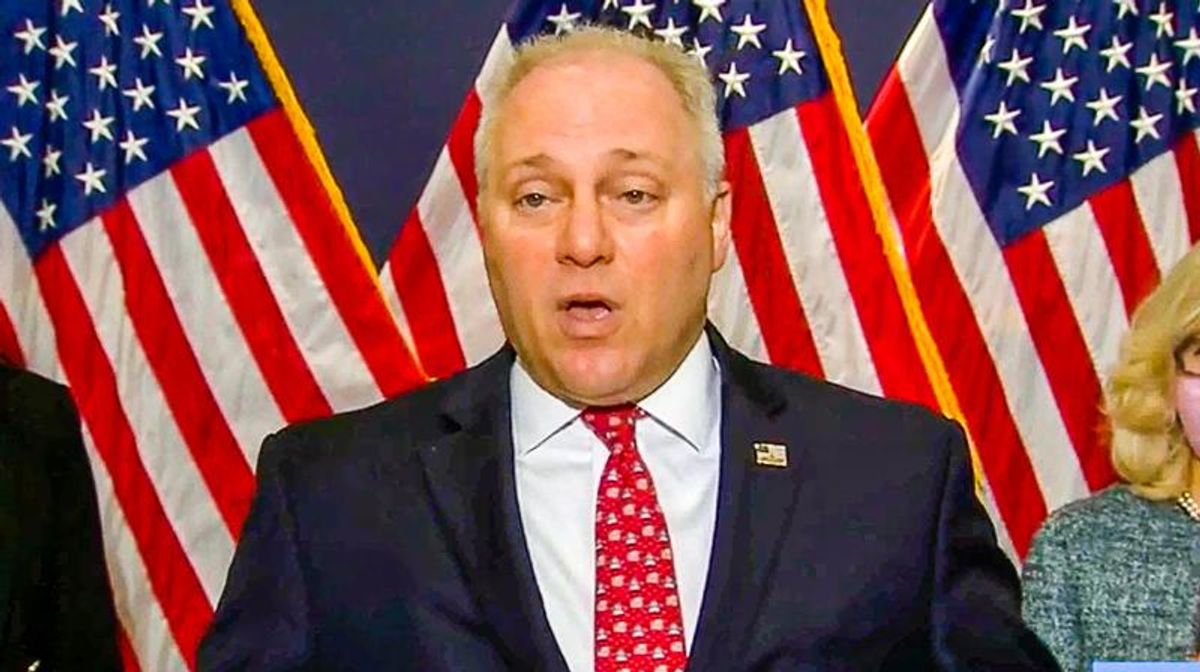 Rep. Steve Scalise (R-LA) on Wednesday came out against making Washington D.C. its own state on the basis that the nation's Capitol can't keep its residents safe from "criminals."

Via Forbes reporter Andrew Solender, a memo from Scalise argued that D.C. should not be granted statehood in part because its government "can't perform basic governmental duties like protecting its residents from criminals."

Scalise also argued that D.C. shouldn't become a state because the city "relies heavily on Congress to ensure its financial solvency, and local leaders are not ready for Congress to rescind funding for local projects and initiatives."

Scalise, who admitted in 2014 that he once unwittingly spoke at a gathering hosted by white supremacists when he was a Louisiana state lawmaker, also singled out late D.C. Mayor Marion Barry as symbolic of the city's fiscal mismanagement despite the fact that Barry hasn't been in charge of the city for more than two decades.

According to statistics compiled by the Centers for Disease Control and Prevention, Louisiana has the second-highest homicide mortality rate of any state in the union, although so far Scalise has not called for disenfranchising his own constituents.