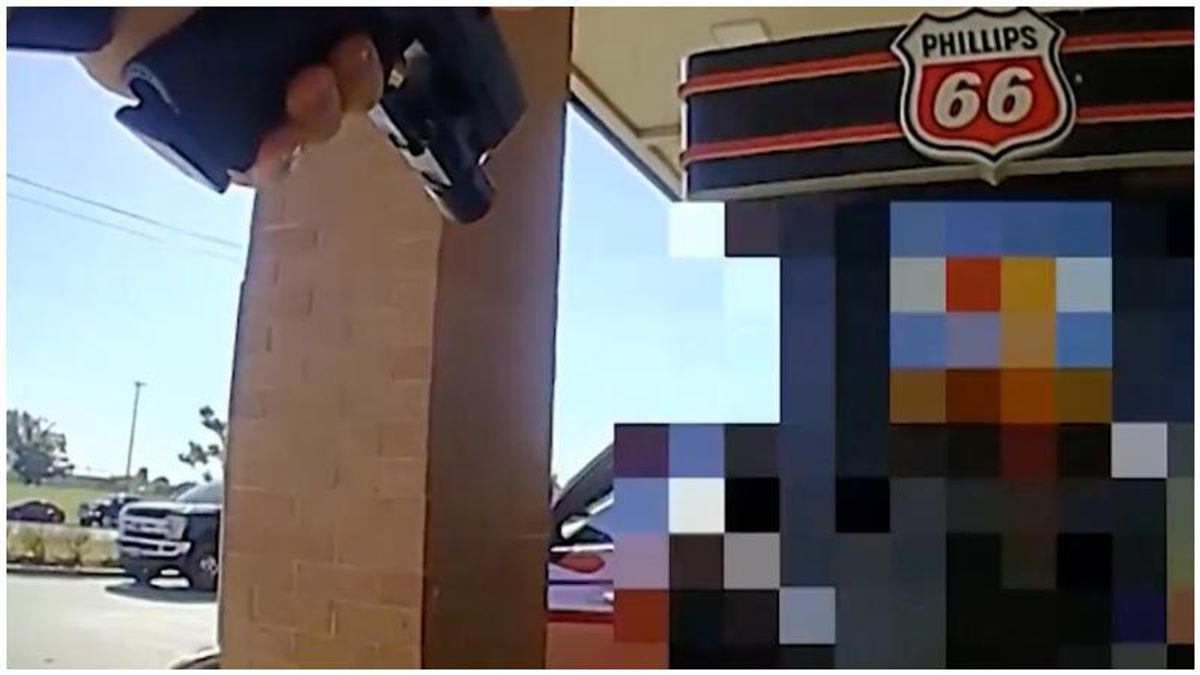 Speaking to KOCO-TV, Bomar said he wants the person who placed the 9-11 call to face criminal charges. He also said he thinks the caller was the person who cut him off earlier that day and called him racial slurs and followed him for several miles.

"We take every one of those calls just as seriously because you never know in today's climate. For the officers, they hate being in that position, too," Lt. Cary Bryant said, adding that the matter is under investigation.

On June 15, a caller told a 911 dispatcher that a "Black guy ... in a red Chevy Suburban" pulled a gun during a road-rage confrontation. "So, I sped away because I don't trust dumb people because he cut me off. And then, I sped up to get back over, and then he pulled the gun," the male caller told the dispatcher, according to a recording of the 911 call obtained by KOCO.

In the video, Bomar gives officers permission to search his vehicle. After finding no weapons, he was let go.

"I'm sorry for the misunderstanding," one of the officers told Bomar while shaking his hand. "I hope your day gets better. I apologize."

"It seems like this is a 'Let's get the police to mess with him' thing because now they're not even answering their phone," an officer said in the video after the 9-11 dispatcher said the driver who made the call could not be located.

Watch ABC News' report on the story below: