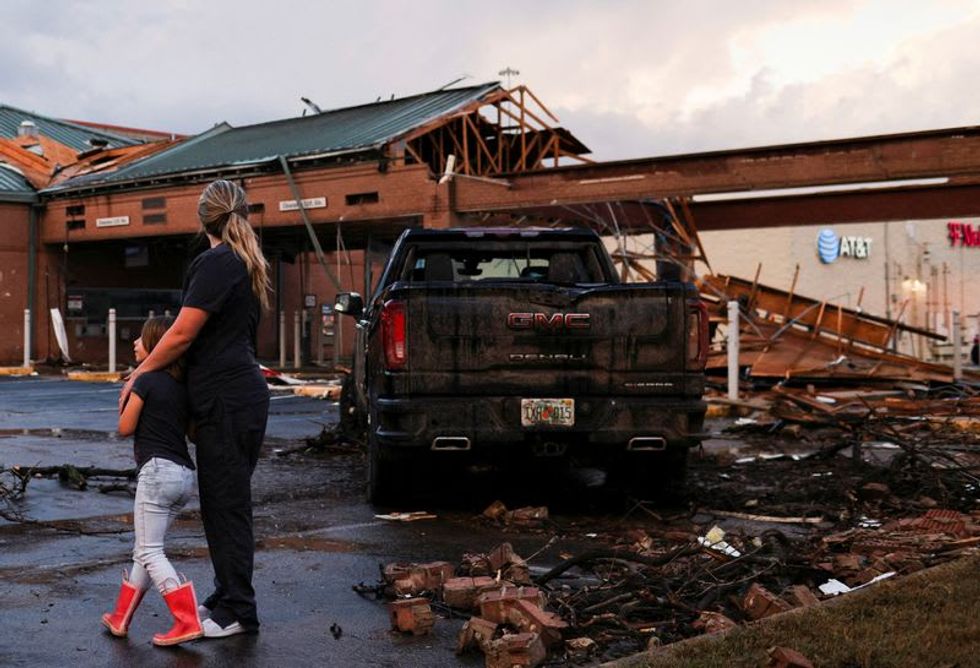 (Reuters) -The threat of tornadoes and strong thunderstorms loomed over the deep South in the United States on Tuesday, a day after the same system produced twisters that destroyed homes and injured at least several people.

The storm front was bringing heavy rains of up to 6 inches (14 cm) and wind gusts of 45 miles an hour to Louisiana, Mississippi and Alabama as National Weather Service forecasters warned that some 5 million people in the region could see dangerous weather on Tuesday.

A tornado watch was in effect until Tuesday evening for southern Louisiana where at least one intense twister, 75-mph winds and hail the size of a golf ball were likely, the service said.

"This is the typical time of the year for these events to unfold. Spring-time is prime for severe weather," said Roger Erickson, a National Weather Service meteorologist in Lake Charles, Louisiana.

School districts across the region canceled classes and Louisiana State University in Baton Rouge closed its campus for the day due to the inclement weather.

As of Tuesday afternoon, some 55,000 homes and businesses were without power in Texas and Louisiana, according to Poweroutages.com.

The rough weather comes a day after tornadoes ripped through north and central Texas.

Three people were injured when a reported tornado tore through two mobile homes in Houston, the National Weather Service said. Four other people suffered minor injuries in the storms in Upshur County in eastern Texas.

A family of three people was rescued from the rubble of their home in Bowie, Texas, after a tornado touched down there, the local NBC affiliate reported. One woman was hospitalized.