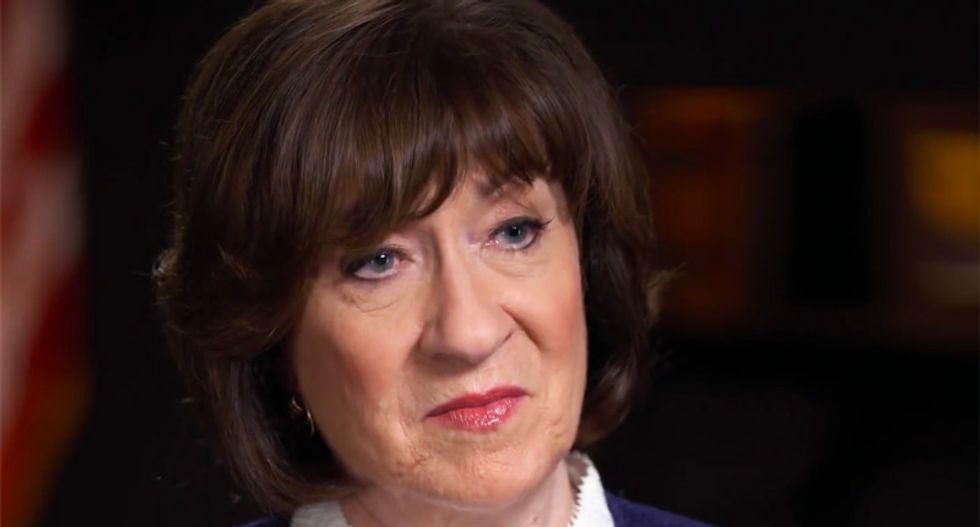 On Thursday, Collins was asked again about Kavanaugh's remarks and replied that she'd only read press accounts of what he said.

And, according to Huffington Post reporter Igor Bobic, Collins had no desire to talk about them any further.

"Collins says today she read 'some of the press accounts' but has not yet reviewed the oral arguments from SCOTUS on abortion," Bobic writes on Twitter. "Also says she won't be commenting until after the decision is rendered, which may not happen until next summer."

However, at Wednesday's hearing, Kavanaugh repeatedly suggested he saw no issue with overturning established precedent.

"If we think that the prior precedents are seriously wrong, why then doesn’t the history of this court’s practice... tell us that the right answer is actually a return to the position of neutrality?" he asked at one point, according to Slate's Mark Joseph Stern.