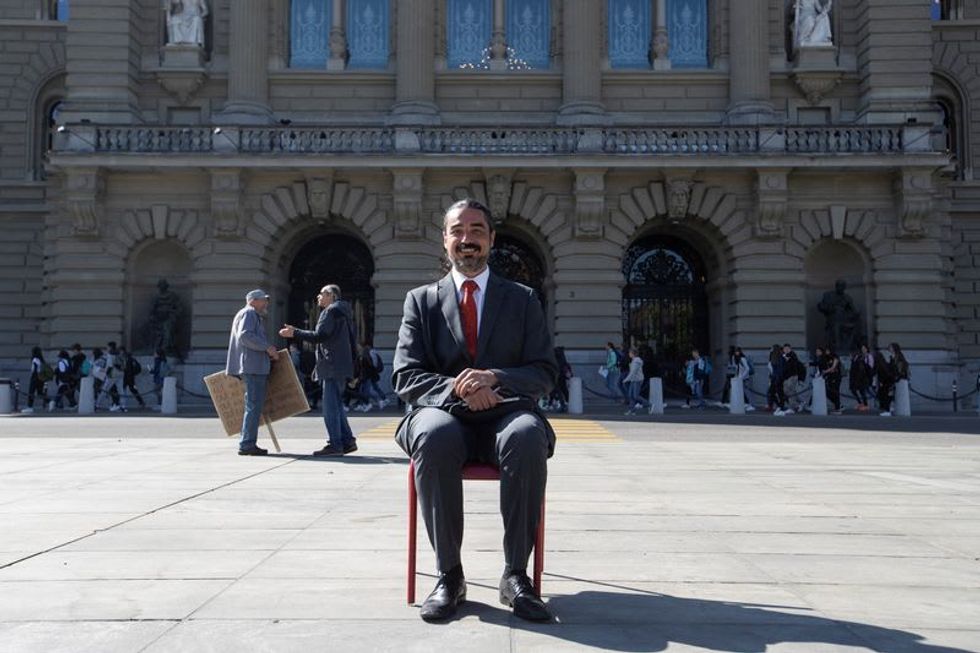 By Emma Farge and Cecile Mantovani BERN (Reuters) -Climate scientists took turns to deliver speeches on the perils of global warming to the Swiss parliament on Monday in an event triggered by the hunger strike of a frustrated Swiss father on its doorstep last year. Guillermo Fernandez, a father of three, ended a 39-day hunger strike in December when the government submitted to his demand for the session. "It's really fantastic to be here knowing that today the facts are going to be laid out to parliament and the whole Swiss people," he told Reuters in Federal Square, the location of his strike...