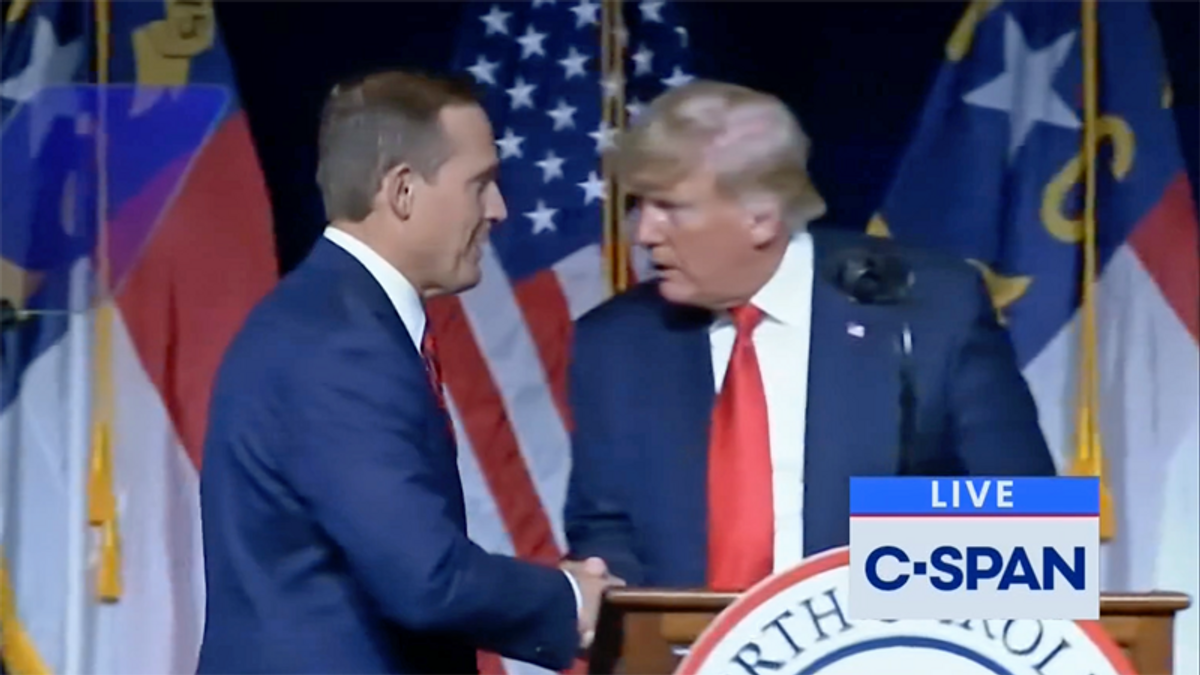 Trump's endorsement during a speech to the North Carolina Republican Party came moments after Lara Trump announced she would not be running for the open seat created when Sen. Richard Burr (R-NC) announced he would not seek re-election.

Trump said he had only told Budd minutes before the speech began. The endorsement occurred while one of Budd's primary opponents was sitting at the dinner.

"While the former President praised Budd from the stage, former North Carolina Gov. Pat McCrory -- who is also running in the GOP primary -- sat stone-faced at a table in the crowd," CNN reported.

McCrory offered his thoughts after the dinner, posting a thread on Twitter where he declared Budd unelectable: