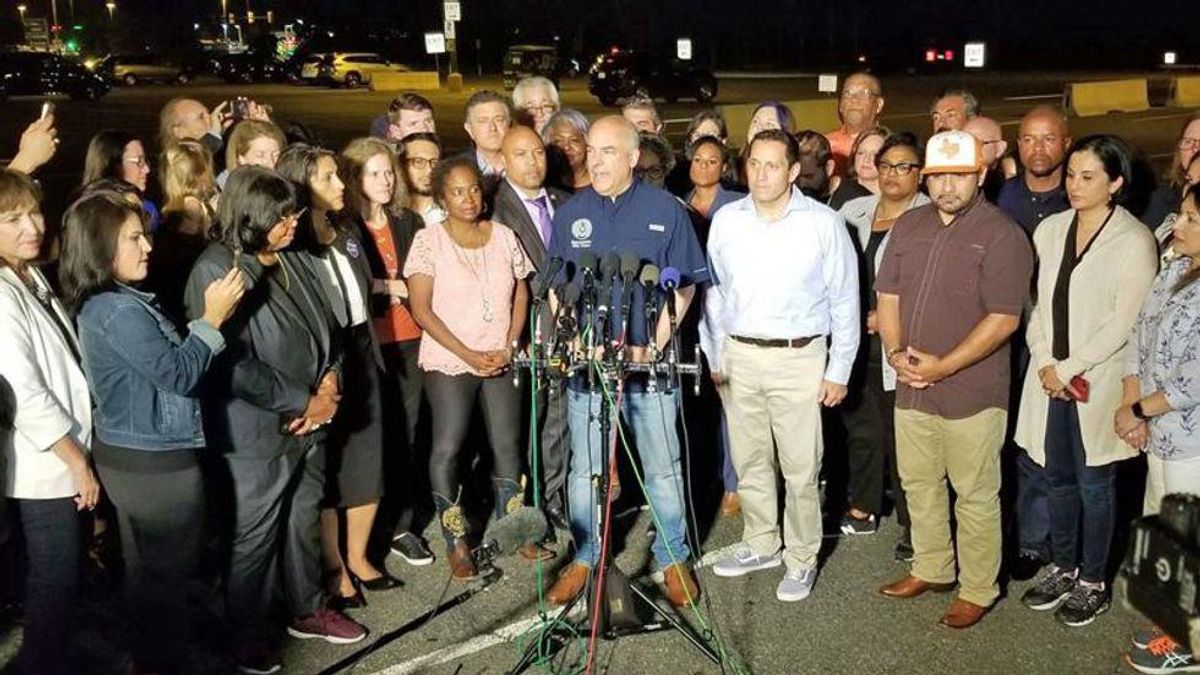 Following the high court's decision, present members of the GOP-controlled Texas House voted 80-12 to direct state authorities to track down absent members and return them to the state Capitol, "under warrant of arrest, if necessary."

Some of the dozens of Democrats have returned to the Lone Star State since leaving for the nation's capital in July. Just one Republican joined every present Democrat in opposing Tuesday's arrest motion.

According to The Dallas Morning News, "At least two dozen House Democrats have stayed in Washington, D.C., where 57 of them camped out for all or most of a month to run out the clock on [GOP Texas Gov. Greg] Abbott's first special session."

"The state's highest civil court blocked enforcement of Urrutia's order while justices weighed the legal issues," the Austin American-Statesman reported. "The court's brief order gave no reason for its action, only giving House Democrats about six hours to file a response."

The Houston Chronicle highlighted that state troopers lack authority outside of Texas and the Democratic lawmakers would not be charged with a crime over their absence.

PolitiFact explained last month that "the word 'arrest' in the context of the House rules doesn't grant officers an automatic right to use restraints or unreasonable levels of force," citing Sandra Thompson, a University of Houston law professor and director of the Criminal Justice Institute.

"In a situation like this, they don't even have a warrant for a criminal arrest," Thompson told PolitiFact. "I think we really need to be thinking about this more in terms of an escort than trying to analogize it as a criminal situation."

"In the face of an assault on voting rights unlike anything we've seen since Jim Crow, on transgender kids looking to participate in youth sports programs, on access to safe medication and abortion care, on teachers looking to teach an uncensored version of history, and so much more, Texas lawmakers cannot give in to Gov. Abbott's attempts at tyranny," the coalition said.

"To every pro-democracy Texas lawmaker: the only way to preserve our right to vote and the best way to fight is to stay off the House floor," added the groups, which include Communications Workers of America, Planned Parenthood Texas Votes, Progress Texas, the state's Sierra Club chapter, and the Texas Organizing Project.

In a statement issued by the attorney for the 19 Democrats before the high court's ruling, state Rep. Trey Martinez Fischer (D-116) said that "the men and women of the Texas House, many of whom are Black and Brown Democrats, are not animals or property to be corralled by law enforcement and cabined against our will. It is morally wrong to believe otherwise."

"We will not allow our democracy to devolve into dictatorship," he added. "We will use every tool necessary to defend the Constitution."

Texas is among the dozens of states where GOP lawmakers have tried to impose voting restrictions—and in some cases, succeeded—in the wake of the 2020 elections, fueling demands for the U.S. Senate to abolish the filibuster and pass the For the People Act.