Texas Democrats at odds with one another as some return to Legislature while others stay in D.C. 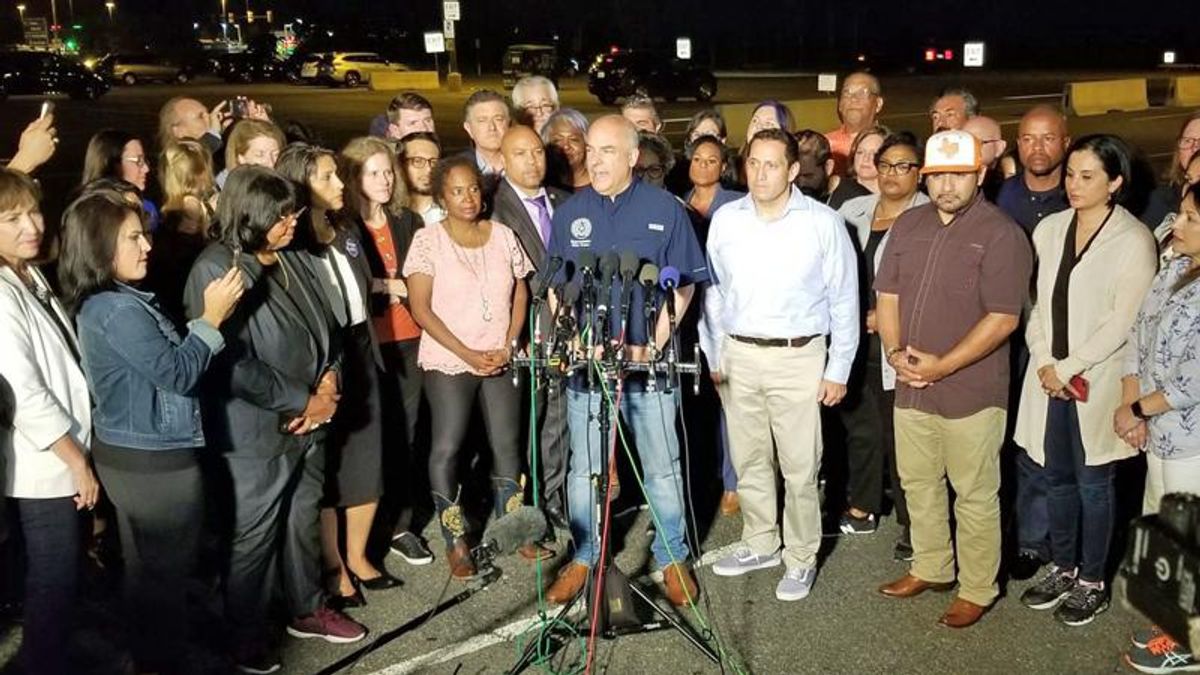 Some of the Texas House Democrats who are still in Washington, D.C., did not hold back Monday as they watched more of their colleagues return to Austin and bring the chamber within single digits of a quorum.

"You all threw us under the bus today! Why?" Rep. Ana-Maria Ramos of Dallas said in a tweet addressed to three of her Democratic colleagues who came back to Austin.

The House had as many as 95 members on hand at one point Monday afternoon, five members short of quorum but the nearest the chamber has gotten to being able to start business since most Democrats fled last month over the Republican elections bill. It was the third day of the second special session, and the GOP-led House again issued a "call of the House," procedural move to lock the doors of the chamber and prevent members from leaving without permission.

The 95 members who were present included at least four new Democrats: El Paso-area Reps. Art Fierro, Mary González and Joe Moody, as well as Rep. James Talarico of Round Rock. Moody is the former speaker pro tem, a title that House Speaker Dade Phelan, R-Beaumont, stripped from Moody in retaliation for the quorum break during the first special session.

Talarico was the most open about his return, announcing it on Twitter and issuing a statement explaining his decision, saying he was coming back to work on "real issues Texans face" after a productive time in Washington.

The House met hours after a state district judge in Travis County issued an order blocking the arrest of House Democrats who broke quorum by leaving the state. The Democrats who remain in D.C. cited that order Monday afternoon as they criticized their colleagues who left the nation's capital.

"I've said this before… it's a Team Sport… now we see who plays what positions on the Team," Rep. Jasmine Crockett of Dallas tweeted. "The fact that some of us secured a Temporary Restraining Order to protect ALL of us, yet some are trying to please the Governor and His OPPRESSIVE Agenda?! JUST WOW!"

While the quorum-busting Democrats were able to maintain a largely united front during the first special session, which ended Friday, it was clear they reached a fork in the road when the second special session began a day later. A group of them released a statement saying that 26 House Democrats would be staying behind in Washington to keep up their fight to pass federal voting rights legislation in Congress.

Another House Democrat still in D.C., Rep. Gina Hinojosa of Austin, also scrutinized the Democrats who returned Monday afternoon on Twitter, calling out Fierro, González, Moody and Talarico as the House was waiting to see if it could still reach quorum for the day.

"Quorum is still not met," Hinojosa tweeted. "Praying no other Democrats willingly go to Floor."

In his statement explaining his return, Talarico claimed the Democrats had made progress on their lobbying for federal legislation, which remains a long shot on Capitol Hill.

"We have reinvigorated the national conversation about voting rights, and have pushed Congress closer than ever to passing voter protection legislation," Talarico said, also citing the mounting issues before the Legislature back home, such as the resurgent coronavirus pandemic.

Talarico represents a competitive district in suburban Austin, where he has drawn two serious Republican challengers since leaving the state. One of them, Caroline Harris, is a staffer for the Senate author of the elections bill, Sen. Bryan Hughes, R-Mineola.

The scene Monday was a departure from the first special session, when the quorum-breaking Democrats were able to achieve unity. The core group of 57 who went to Washington saw only one of them, Rep. Philip Cortez of San Antonio, go home to Austin, and he returned to D.C. days later.