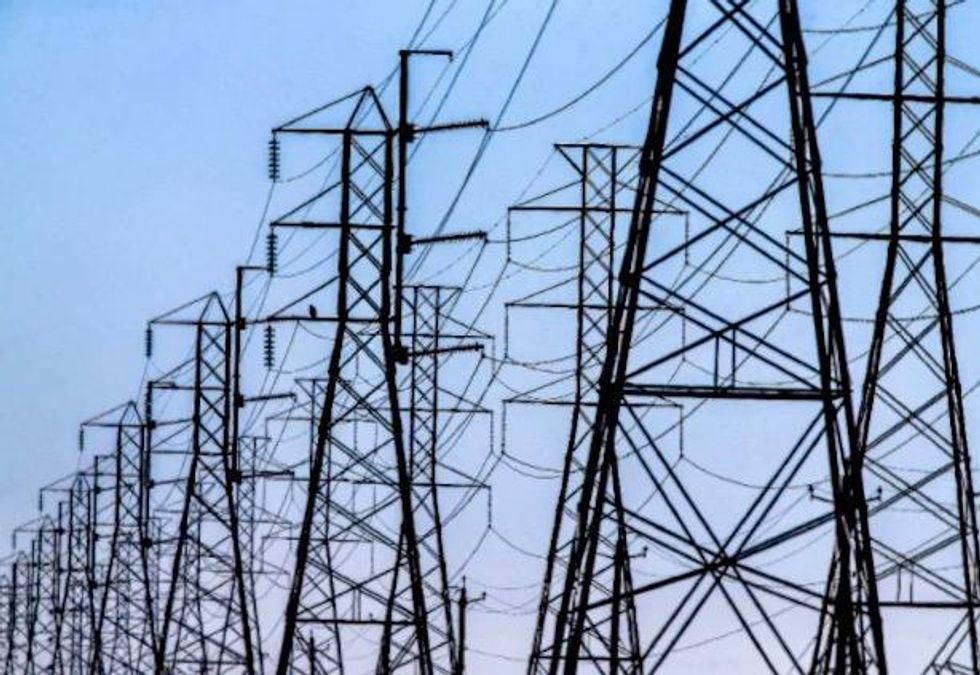 Texas Democrats want to talk about the power grid.

Specifically, they want to talk about how it failed in February, how they don’t think enough has been done to fix it and why they believe Republicans in statewide leadership positions are the ones to blame.

Democratic candidates and strategists see the power grid as the Republican party’s biggest vulnerability — and they see highlighting it as their best shot at winning crossover voters in the state’s 2022 election cycle, which is expected to be an uphill battle for the minority party.

In stump speeches and messages to supporters, Democrats say that GOP leaders failed at fixing the shortcomings of the state’s energy infrastructure that led to millions of Texans losing power for multiple days during a winter storm in February, which resulted in a death toll that has been calculated as ranging from 210 to more than 700 people.

Beto O’Rourke, the frontrunner to challenge Republican Greg Abbott for governor, has said the two-term incumbent did “absolutely nothing” to heed warnings despite a previous electricity blackout in 2011. Mike Collier, who is running for lieutenant governor, coined the slogan “fix the damn grid” as one of his campaign’s top priorities. And Luke Warford, who is running for a seat on the Texas Railroad Commission, which regulates the state’s oil and natural gas industry, has made “Let’s keep the lights on!” his campaign slogan.

“It makes sense for Democrats to want to channel those doubts and put them front and center,” said Jim Henson, director of the Texas Politics Project at the University of Texas at Austin. “About the only good thing for Democrats about the extended Republican monopoly [in state politics] and their demonstrated inability to break that monopoly is that there’s only one political party that can be blamed.”

But Republican leaders defend their record, pointing to more than a dozen laws passed during this year’s legislative session to address the grid’s reliability.

Abbott has been adamant that the grid “is better today than it’s ever been” and will not fail again.

“Everything that needed to be done was done to fix the power grid in Texas,” Abbott said in June.

But just two weeks ago, the group that manages the power grid released its own analysis showing that the grid is still vulnerable to blackouts during severe winter weather, despite actions taken by the state since February.

After the storm, lawmakers revamped the governance of the Public Utility Commission, which regulates utilities, and the Electric Reliability Council of Texas, the nonprofit quasi-governmental body that manages the grid. They also passed laws aimed at improving the grid’s preparation for extreme cold weather but didn’t set a hard deadline for when the upgrades need to be complete and allowed natural gas producers to delay the start of their own weatherization efforts.

Democrats say that’s not good enough — and many voters agree.

Sixty percent of Texas voters said they disapproved of how state leaders handled the power grid’s reliability, according to an October poll by the University of Texas/Texas Tribune. Only 18% approved.

For Democrats, who face unfavorable odds following redistricting and a traditionally difficult midterm election while their party’s president is in office, the grid issue offers an inroad to voters who traditionally don’t support their party.

Matthew Dowd, who is running for lieutenant governor, called it a “populist message” that can appeal to a broad array of voters.

“That goes to rural voters, Hispanic voters, that goes to urban voters,” he said. “The average Texan has been left behind while wealthy companies make money.”

The challenge for Democrats, Henson said, is that the power grid is not among voters’ top concerns.

“When we ask people ‘What do you think is the biggest issue facing the state?’ it doesn’t come up unprompted,” he said, adding that voters are more concerned with issues like border security and immigration.

“I don’t think it would show up in the top 20 for [Republicans] or [Democrats],” he said. “It’s not a matter of saying ‘Is it important or not?’ It’s a matter of what’s gonna move votes.”

Casteel, who lobbies for the oil and gas industry, said GOP state officials have taken action to address some of the shortcomings that led to the grid’s failure and that a winter storm like the one the state experienced in February is unlikely to happen two years in a row.

“You see a lot of desperation in Democrats looking for something that will stick and I don’t think this is it,” he said.

But Democrats say the issue is resonating with their voters.

“There’s not one place in Texas that I visited that hasn’t been interested in hearing about it,” Collier said. “I don’t have to spend any time explaining to people how dangerous the situation is nor do I have to explain that they didn’t do anything to fix the grid.”

At a November rally in McAllen, O’Rourke blasted Abbott’s response to the power outages, saying his connection to the oil and gas industry “explains everything." In June, billionaire Kelcy Warren donated $1 million to Abbott’s campaign. His pipeline company, Energy Transfer Partners, made $2.4 billion from the winter storm, according to Bloomberg.

“Despite the tragedy and the loss of life, this governor has once again done nothing for the people of Texas,” O’Rourke said.

Abbott pushed back on O’Rourke’s criticism.

“Beto O’Rourke continues to run a campaign that thrives on misinformation and scare tactics to hide from his liberal open border, anti-law enforcement and job killing policies,” said Abbott campaign spokesperson Mark Miner. “Concerning the grid, the truth is Governor Abbott signed 14 bills into law that improve the robustness and resiliency of the electric grid and ensure the reliable delivery of electric service to all Texans.”

But Abbott’s getting it from both sides. Even his primary Republican challengers, former state Sen. Don Huffines and former Republican Party Chairman and Florida congressman Allen West, have also criticized the response to the winter power outages.

“Texans deserve a governor who can keep the lights on,” Huffines said a press release.

Lt. Gov. Dan Patrick, who oversees the Senate and is running for reelection, has also rebuffed criticisms that state leaders failed to act. In a statement, Patrick said he has delivered on his push to replace all members of the PUC and the ERCOT Board of Directors, adding that the new members of those boards will be held to a “higher standard for transparency and accountability.”

But several times this year, Patrick expressed dissatisfaction at the work the Legislature did and just last month he told the Texas Latino Conservatives that “we still have more things to do on our grid.”

Patrick led an aggressive push to reverse $3 billion in charges for electricity during the height of the winter storm that likely will be passed on to ratepayers. The Senate approved a bill but the House did not take up the legislation, saying it could disrupt international energy markets.

Patrick did not hide his frustration with the House’s inaction or with its leader, Speaker Dade Phelan, a Beaumont Republican.

“With broad bipartisan support, the Texas Senate passed legislation to require a repricing to return money to ratepayers. House leadership refused to allow their members to vote on these issues,” Patrick said.

Phelan defended the House’s response to the grid failures and said the chamber would continue to hold the regulatory agencies accountable “to ensure the grid never fails again.”

“Lt. Gov Patrick has held his post since 2015 without making the grid a priority, but in only my second month as Speaker it was the House that first demanded action and accountability after the fatal grid collapse,” he said in a statement. “The House's approach to grid reform was about saving lives in the future while the motivation behind and who benefits from the Senate's approach remains unclear.”

Henson, the political scientist and pollster, said both parties are betting that their side will be proven right after the winter. If the grid holds up and the state gets to the spring without any major incidents, voters will move on to the next big political issue.

But any semblance of a grid failure could sink some Republicans.

“Another significant problem with the energy grid in the state will change that context and will definitely create opportunities for Democrats,” he said.

Disclosure: University of Texas at Austin has been a financial supporter of The Texas Tribune, a nonprofit, nonpartisan news organization that is funded in part by donations from members, foundations and corporate sponsors. Financial supporters play no role in the Tribune's journalism. Find a complete list of them here.

Experts have warned that the recent detection of bird flu in mammals including foxes, otters, minks, seals and even grizzly bears is concerning but emphasized that the virus would have to significantly mutate to spread between humans.

Since late 2021, Europe has been gripped by its worst-ever outbreak of bird flu, with North and South America also experiencing severe outbreaks.

China voiced regret Friday for an "unintentional" breach of US airspace by what it said was a civilian airship -- but the Pentagon called a spy balloon -- with a long-planned Beijing visit by Secretary of State Antony Blinken hanging in the balance.

The Pentagon said Thursday it was tracking the balloon which flew far above the western state of Montana and decided for safety reasons not to shoot it down.