Democrats are 'clearly poised' for a Georgia-like victory in Texas: journalist 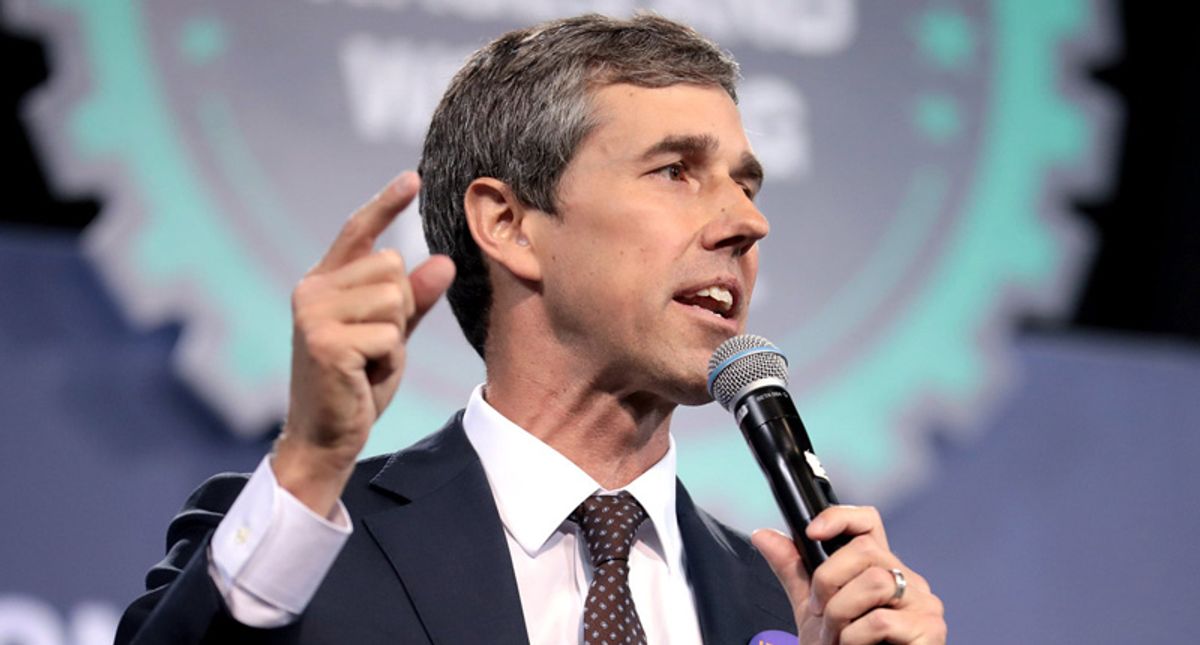 In 2020, Joe Biden's presidential campaign was pleasantly surprised when he won Georgia and Arizona but disappointed that he lost Texas by 6 percent. But author Steve Phillips, in an article published by the Nation on January 29, argues that the next state that is "most clearly poised for a Georgia-like trajectory is Texas."

Former Rep. Beto O'Rourke, who narrowly lost to Sen. Ted Cruz in Texas' 2018 U.S. Senate race, has been stressing that Democrats can flip Texas if they seriously ramp up Black and Latino voter turnout in the Lone Star State. Although Biden lost Texas by 6 percent, that is a sign of progress; during the 1990s and 2000s, Democrats typically lost statewide races in Texas by double digits.

"Texas at the start of this decade is actually even more promising than Georgia was at the start of the last decade," Phillips explains. "The Lone Star State has the second-largest pool of nonvoting people of color of any state in the country — second only to already-blue California — and the number of potential voters of color far exceeds the margin of difference in statewide elections. Joe Biden lost Texas by 631,221 votes, and despite the record turnout on both sides, 4.5 million eligible people of color still did not vote, according to exit polls and Census data."

Phillips continues, "In 2018, Beto O'Rourke lost his Senate bid by 215,000 votes in an election in which 5.4 million people of color didn't cast ballots. The still-untapped potential in Texas is enormous, which is exactly why the conservatives work so hard to suppress the vote there."

In Georgia, Democrats were not only pleasantly surprised by Biden's victory over Donald Trump, but also, by the victories of Democrats Raphael Warnock and Jon Ossoff in U.S. Senate runoffs in January. Phillips stresses that one person who deserves a lot of credit for the inroads Democrats have made in Georgia is 2018 gubernatorial candidate and Democratic activist Stacey Abrams, adding that Democrats also have strong leaders in Texas.

Phillips explains, "A key cornerstone of success is leadership — in general and, in particular, the presence of what the author Jim Collins calls a Level 5 leader…. Stacey Abrams is such a leader. Although she is super-famous now, what's most remarkable is how her ambition has not been for herself but for the cause…. Texas is blessed to have Level 5 leaders as well. Two of the key ones are Michelle Tremillo and Brianna Brown, the executive director and deputy director of the Texas Organizing Project."

Texas, it should be noted, has become a majority non-Anglo state. According to the U.S. Census Bureau, Texas' population is only 41% non-Hispanic white. Many white Latinos live in Texas — Ted Cruz, for example, is the son of a Cuban immigrant and an example of a white Latino.

"A large pool of potential voters of color in a state undergoing demographic transformation is an essential component of success, but translating that population potential into political power requires well-run, community-based, disciplined organizations," Phillips notes. "The presence of a strong civic engagement infrastructure is the third pillar of transforming a state."

Virginia and Arizona are two examples of states that used to be deep red but are now swing states. Both of Arizona's U.S. senators, Kyrsten Sinema and Mark Kelly, are centrist Democrats. And Virginia has a Democratic governor, Ralph Northam, as well as two Democratic U.S. senators, Tim Kaine and Mark Warner — not to mention a Democrat-controlled state legislature. According to Phillips, Texas Democrats should look to Arizona and Virginia as well as Georgia for inspiration.

"The fact that Trump won Texas obscures the progress that has been made," Phillips argues. "Trump squeezed every last vote out of a constituency going through what (MSNBC host) Joy Reid calls 'demographic panic' — and, as the Georgia runoff elections showed, without Trump and the fanatical allegiance to him that leads people to storm the Capitol and murder police officers, Republican turnout is less visceral and large, making winning the Texas gubernatorial election and capturing the state House in 2022 a real possibility."