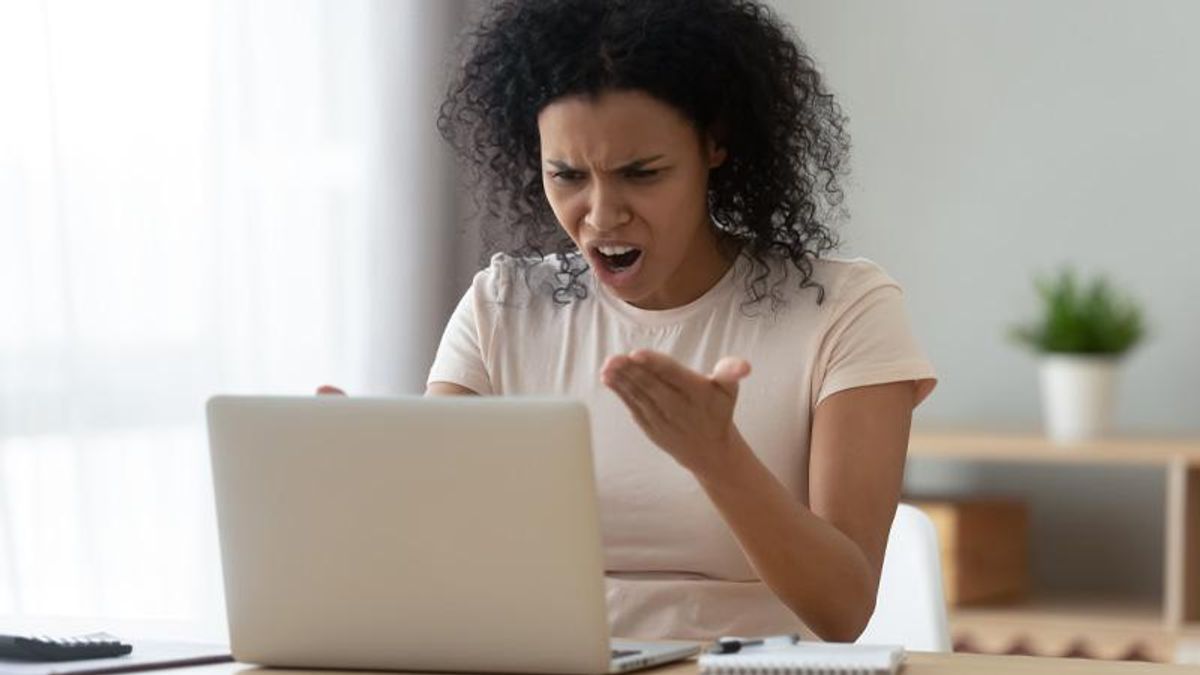 "We just witnessed the owner of Trails Inn (on Hwy 82 in Gainesville) cuss out, berate, belittle, and humiliate a teenage busboy (who was the only person cleaning tables in a packed restaurant)," Vogl wrote. "A waitress was carrying a big stack of plates out of the kitchen. She dropped them all, and blamed the bus boy for making her drop them. She yelled at him, then walked off and left all the food and plates in the floor. It happened right next to us, and it was NOT the boy's fault."

But it didn't stop there.

"Then our waitress starts yelling repeatedly at him 'Come on BOY, go clean up your mess.' Then the owner (I think he's the owner) comes over and starts yelling at the young man, in front of the whole restaurant, and he finishes by screaming at the boy that he's a 'F*CKING LOSER,'" the post continued. "Our friend spoke to the boy in Spanish asking if he's ok, if he has any family working in the restaurant with him (he doesn't), if he speaks English (he doesn't), etc."

On July 26, a post went up on the Trails Inn Facebook page saying that the restaurant "will be taking some steps this week to make it known to the community that we are on the track for the better."

"First off we will be giving the busboy of the incident ... a thousand dollars bonus check along with his regular payment for employment. We understand compensation is not enough and we have spoken personally with the busboy to work with him to better our environment," the post read, adding that the restaurant would be partaking in numerous initiatives "to show that we our behind the community 100 percent."

Angry residents have expressed their displeasure with the restaurant on their Facebook page.

"How dare you treat someone that works for you with such disrespect. I will NEVER eat at your restaurant," one person wrote on their Facebook page.

"Funny you turn off reviews? Why? Truth hurts huh! Can't wait to stop in on our way back from vacation to support that young man! That is if your restaurant is still open!" added another.

The restaurant has also faced backlash on Yelp, but the website has temporarily disabled new reviews from being posted.

"Don't eat here unless you want to support an owner who treats his employees like literal garbage," one Yelp user wrote in their review.

"Wouldn't spend a penny at this place. The owner regularly berates his employees in front of his customers. Further, certain employees are allowed to berate others too. Supporting this business supports bullying," another person said.

According to a report from News12, Trails Inn operations manager Goni Mena said there's "no excuse" for what happened.

"Nobody should be spoken to like that, especially a young gentleman just trying to get a paycheck at the end of the day," Mena said, adding that the waitress involved in the incident has been fired.

"It's not only me that apologizes, (it's) everybody in that restaurant. We have three generations of family working there....We want to help and do everything that we can to get back into the good graces with this community," Mena said.

Bibiana Rodriguez, who is a friend of the busboy's family, told News12 she is thankful for "everyone out there who had kind words to say about him."

"How they were helping him, the community has done an amazing job at that. We just want to thank everyone out there," Rodriguez said.