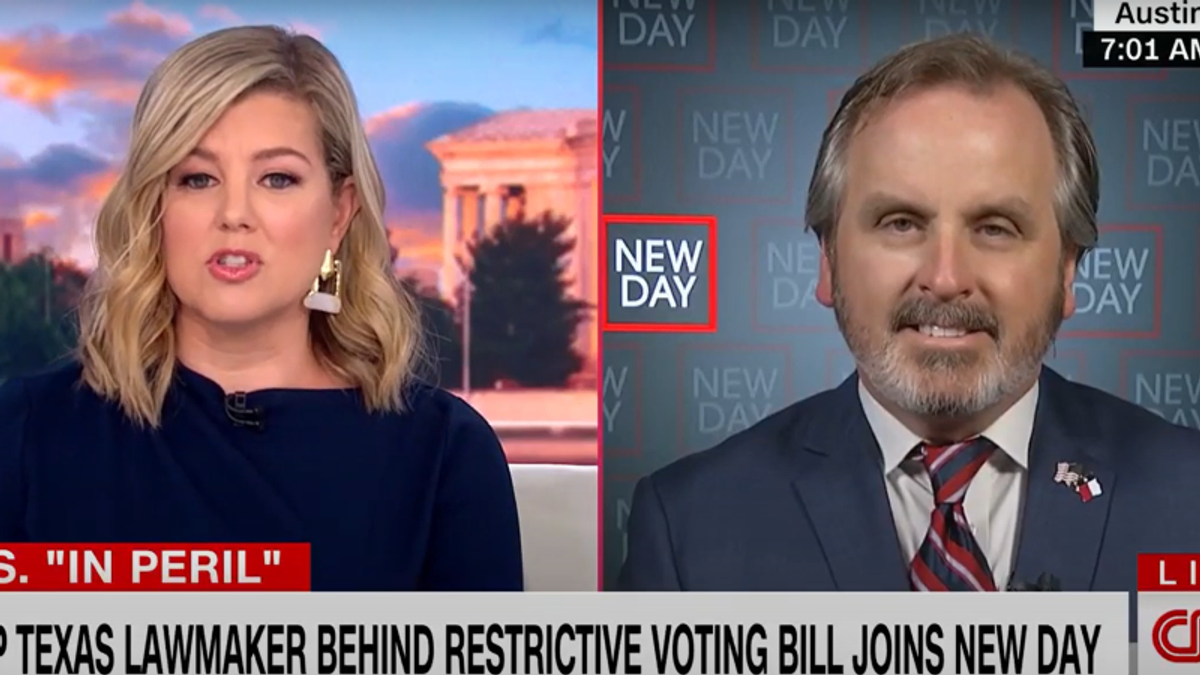 On CNN Wednesday, anchor Brianna Keilar questioned Texas state Sen. Bryan Hughes, the top Republican sponsor of the state's voting restrictions bill, about the provision banning Sunday early voting before 1:00 pm — a direct attack on Black churches' "Souls to the Polls" drives. In the course of the conversation, Hughes immediately backpedaled, calling the provision a mistake and promising it would be corrected when the bill is re-introduced in special session.

"Souls to the Polls is popular in East Texas as well," said Hughes. "We want to make sure people have the right to do that. If there's any limit at all, it's going to be plenty open to allow Souls to the Polls."

"11:00 am, if there's any limit at all," agreed Hughes. "We want to make sure people are not limited on what they can do for Souls to the Polls ... the House had that provision at the end. They say it was a typo. I'll take their words for it. The intent is to extend Sunday hours, not to make them smaller."

"If it was a typo, why did you defend it when you were supporting this bill?" said Keilar. "You said election workers, they want to go to church, too, that's why it says 1:00 pm, no later than 9:00. You can make Sunday service and go after that, and then you admitted you talked to election workers about this."

"As a matter of fact, Souls to the Polls and in Harris County, is normally done starting at 1:00," said Hughes. "They've done it from 1:00 on for a long time. This is nothing new. Souls to the Polls where I live, folks go to church, eat and then go vote. Senator [Royce] West reminded us sometimes folks vote early and then go eat. So we're going to clean it up to make sure there's no question about it."