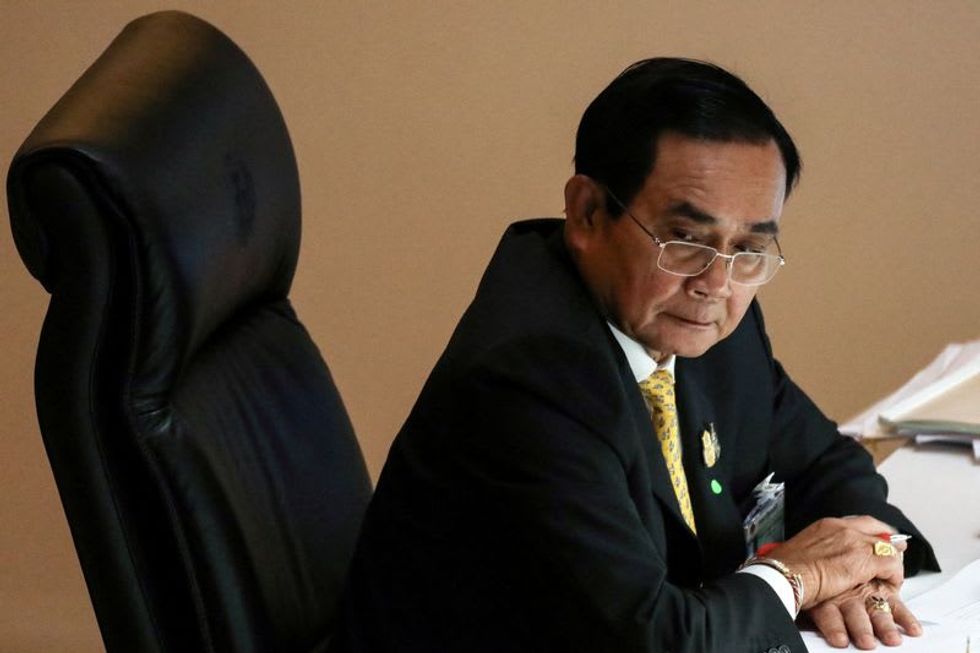 BANGKOK (Reuters) -Thai Prime Minister Prayuth Chan-ocha survived a no-confidence vote in parliament on Saturday, emerging on top in his last major test ahead of a general election due within 11 months. The 68-year-old former army chief, in power since a coup he led in 2014, secured the required votes to guarantee his place as premier until his term ends in March. Prayuth received 256 votes in favour and 206 against with nine abstentions. The opposition had needed more than 239 of the 477 parliamentary votes to oust him. The prime minister and 10 cabinet members underwent four days of grilling...