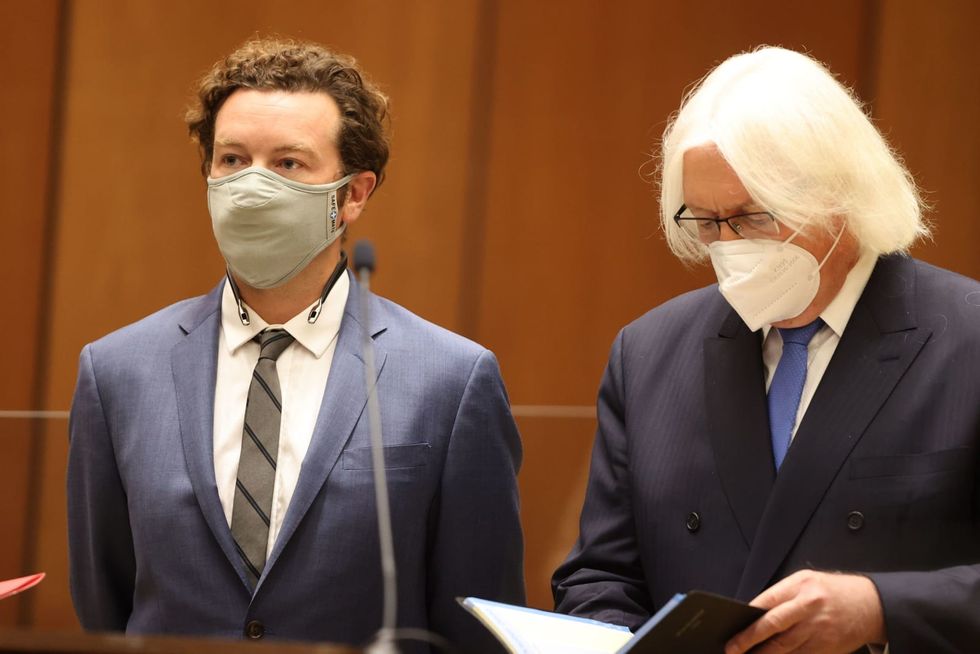 Actor Danny Masterson stands with his lawyer Thomas Mesereau as he is arraigned on rape charges at Los Angeles Superior Court on Sept. 18, 2020, in Los Angeles. - LUCY NICHOLSON/AFP/TNS

Danny Masterson surrendered his passport and reaffirmed his not guilty plea in his Los Angeles rape case Monday after a judge found probable cause last month to send him to trial, a courtroom source confirmed to the New York Daily News. The actor, 45, appeared in person for the re-arraignment on charges he raped three women at different times between 2001 and 2003 inside his home in the Hollywood Hills. He received a follow-up hearing date of Aug. 9. The court could set a trial date in the 90-day period following the next hearing, but the source said Monday that a trial by early November appea...