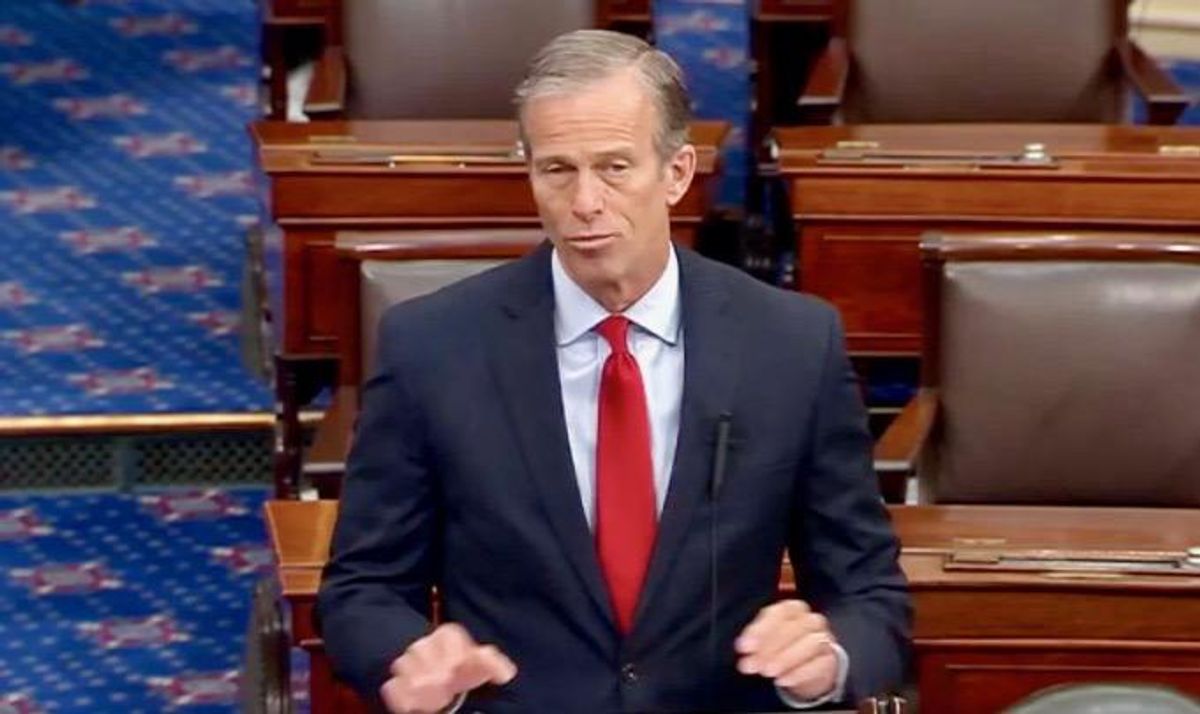 "It's almost like clockwork," the liberal columnist explains. "As soon as a Democrat enters the White House, Republicans pretend to care about deficits again."Rampell cites Sen. John Thune of South Dakota as a perfect example. At a confirmation hearing for President Biden's nominee for treasury secretary, Janet Yellen, Thune said, "The one thing that concerns me that nobody seems to be talking about anymore is the massive amount of debt that we continue to rack up as a nation. For me, that is a huge warning sign on the horizon — the fact that we have an ever-growing deficit, an ever-growing debt and no apparent interest in taking the steps that are necessary to address it."

Of course, such dire warnings from Republicans in Congress were nowhere to be found during Trump's four years as president. Many of the people on the right who slammed Trump over the federal deficit weren't Republicans, but members of the Libertarian Party, which has a long history of complaining that Republicans talk a good game where fiscal conservatism is concerned but don't practice what they preach.

Rampell says of the Republicans who have suddenly rediscovered fiscal conservatism, "these foul-weather fiscal hawks neglect to mention, of course, that the GOP's prized 2017 tax cuts added nearly $2 trillion to deficits — back when the economy was doing okay. Nor did they note that — again, before the coronavirus pandemic — the Republican-controlled Senate passed and President Donald Trump signed spending bills that added another $2 trillion to deficits. That was on top of what the country had already been expected to borrow over a decade, according to estimates from the Committee for a Responsible Federal Budget."

However, Rampell isn't totally unsympathetic to the long-term concerns of "budget hawks," but she argues that during a deadly pandemic, some federal spending is necessary.

"The nation does indeed face long-term structural budgetary problems," Rampell notes. "Exactly when those problems will become painful remains a matter of ongoing debate. But the time to repair the roof is when the sun is shining, as budget-watchers and economists repeatedly reminded developed countries in the years between the last recession and the current one…. Now, the U.S. economy actually needs more federal spending, and President Biden has proposed a $1.9 trillion plan to provide it. Biden has asked Congress for more money for vaccines; child-care facilities; state and local aid; unemployment benefit extensions; food stamps; and other aid for the needy, hungry and near-homeless."

History, as Rampell points out in her column, repeats itself when it comes to the GOP's double standard on the federal deficit.

Rampell wraps up her column by saying that Yellen is exactly right about the need for economic stimulus in 2021.

The columnist explains, "Yellen told senators, 'The smartest thing we can do is act big.' If Republicans have genuinely relocated their fiscal consciences, they'll listen."