These Olympics’ legacy will be one of an overdue conversation on athletes’ mental health. ‘We’re not robots, we’re not superheroes.' 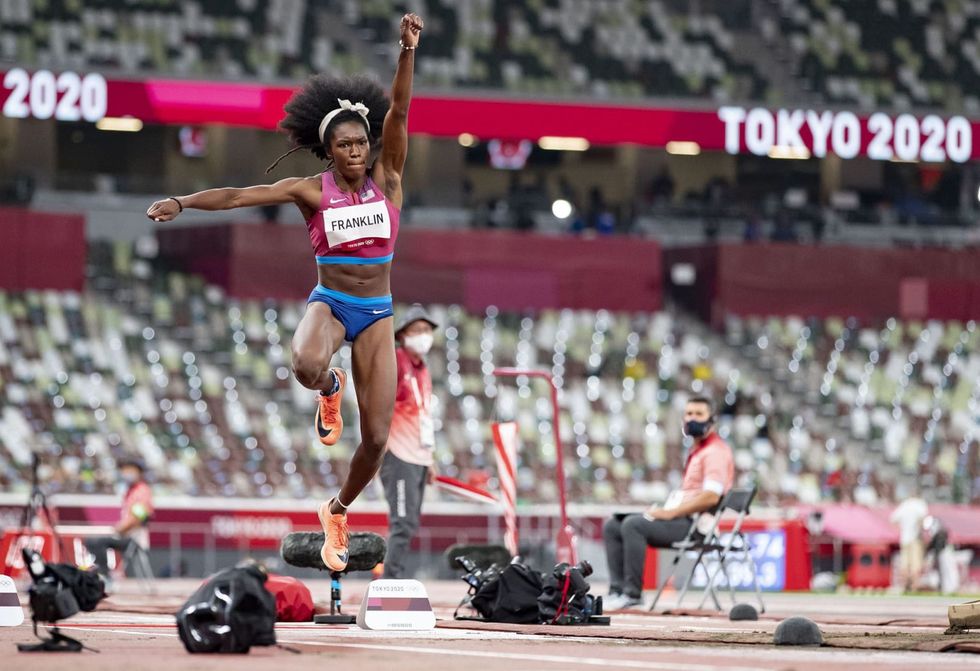 The United States' Tori Franklin makes her second attempt in the triple jump preliminaries on July 30, 2021, at Olympic Stadium in Tokyo. - Brian Cassella/TNS

After failing to qualify for the triple jump final, Illinois native Tori Franklin returned to the athletes village, crawled into her cardboard bed and stayed there for the next 24 hours. She refused to eat or drink anything except for a stale slice of vanilla cake her cousin gave her six days earlier when Franklin left for the Olympics. She watched a mediocre rom-com on Netflix to pass the time, then turned it off and simply stared at the hair on her arms. “I was still so heartbroken,” she said. “I just didn’t want to feed myself. I wasn’t drinking any water. I didn’t want to see anyone and ha...