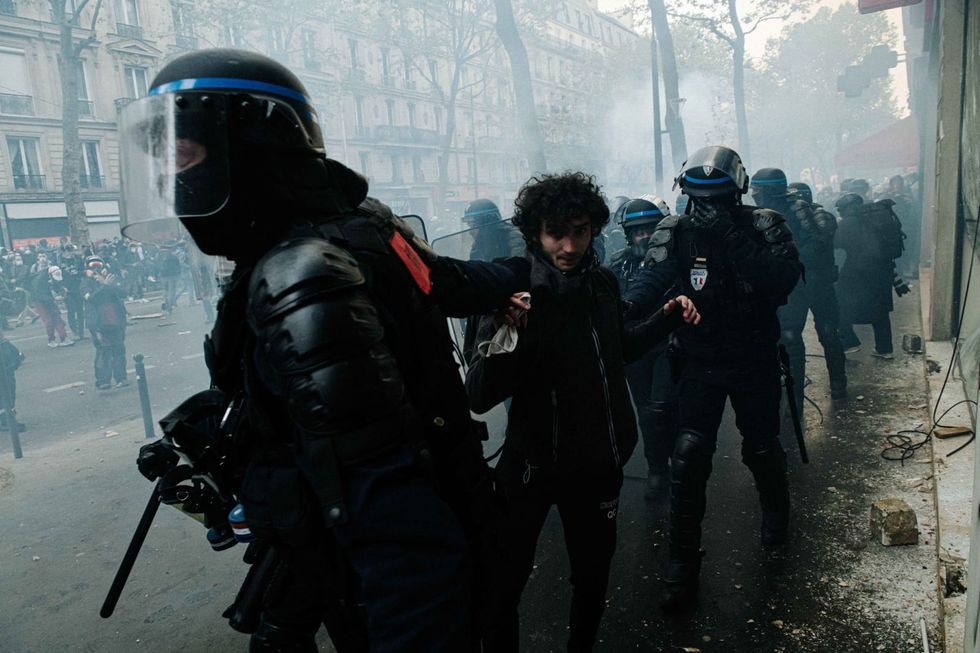 May Day demonstration in Paris - Police and demonstrators clash during A Demonstration near the Place de la Nation, on the May Day, International Worker' Day. - Jan Schmidt-Whitley/Le Pictorium Agency via ZUMA/dpa

More than a 100,000 people took part in May Day demonstrations throughout France on Saturday.

The marches to mark International Workers' Day were mostly peaceful.

There were isolated incidents in Paris and Lyon, as police clashed with members of the far-left "black bloc" group and used tear gas.

The CGT said that 21 people were injured, including four seriously, at the very end of the Paris demonstration.

Some 56 people were temporarily taken into police custody, 46 of whom in Paris, French news agency AFP reported, citing the Interior Ministry.