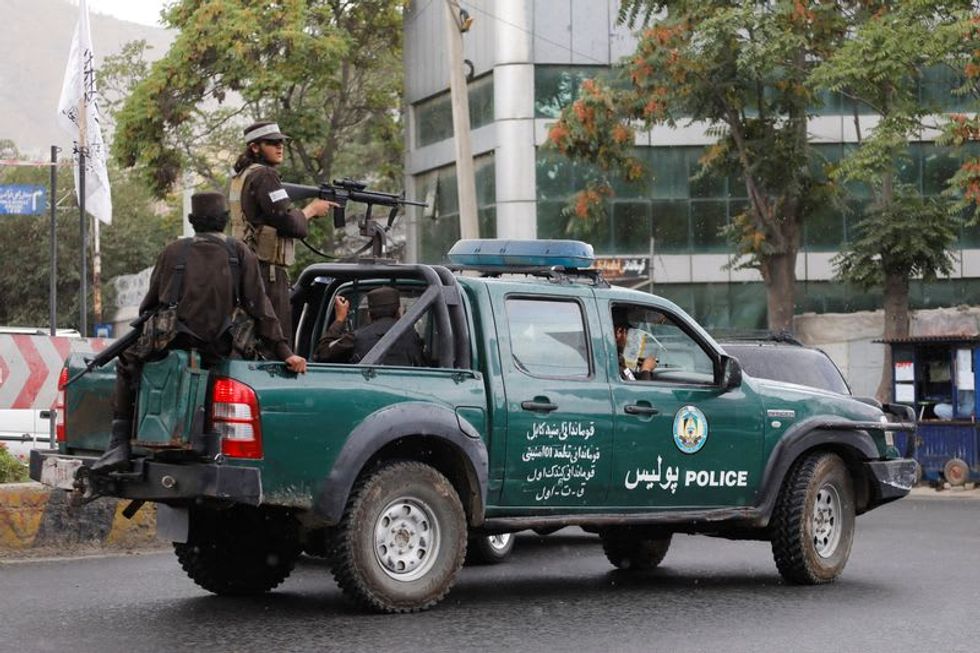 KABUL (Reuters) - Top leaders of Afghanistan's Taliban were holding discussions on Wednesday about how to respond to a U.S. drone strike in Kabul that the United States said killed al Qaeda leader Ayman al-Zawahiri, three sources in the group said.

The United States killed Zawahiri with a missile fired from a drone while he stood on a balcony at his Kabul hideout on Sunday, U.S. officials said, the biggest blow to the militants since Osama bin Laden was shot dead more than a decade ago.

The Taliban have not confirmed Zawahiri's death.

Officials of the Islamist group, long-time allies of al Qaeda, initially confirmed the Sunday drone strike but said the house that was hit was empty.

"There are meetings at a very high level on whether they should react to the drone strike, and in case they decide to, then what is the proper way," a Taliban leader who holds an important position in Kabul told Reuters.

The official, who said there had been lengthy leadership discussions for two days, declined to be identified. He did not confirm that Zawahiri was in the house that the missile struck.

How the Taliban react could have significant repercussions as the group seeks international legitimacy, and access to billions of dollars in frozen funds, following their defeat of a U.S.-backed government a year ago.

Zawahiri, an Egyptian doctor, was closely involved in the Sept. 11, 2001, attacks on the United States and was one of the world's most wanted men.

His death in Kabul raises questions about whether he received sanctuary from the Taliban, who had assured the United States as part of a 2020 agreement on the withdrawal of U.S.-led forces that they would not harbour other militant groups.

U.S. Secretary of State Antony Blinken said the Taliban had "grossly violated" the agreement by hosting and sheltering Zawahiri.

Outside a tight circle of top Taliban leaders, group members appeared in the dark about whether Zawahiri was actually in Kabul, let alone his fate.

Another Taliban official confirmed the high-level meetings but said he did not know what was being discussed and he did not believe Zawahiri was in the house.

Suhail Shaheen, the designated Taliban representative to the United Nations, who is based in Doha, told journalists he had received no word on the Taliban position.

"I am awaiting details and reaction from Kabul," he told reporters in a message.

An elections administrator in Bexar County, Texas says that she and her colleagues feel constantly under siege from pro-Trump election deniers who are accusing them of rigging the 2020 race against the former president.

In an interview with local news station KSAT, Bexar County Elections Board Chairman Jacque Callanen detailed how suspicious Trump supporters have flooded her office with not only threats, but also unreasonable records requests that could force the office to hire more people just to handle them.