A timeline of R. Kelly's life and the sex abuse case against him 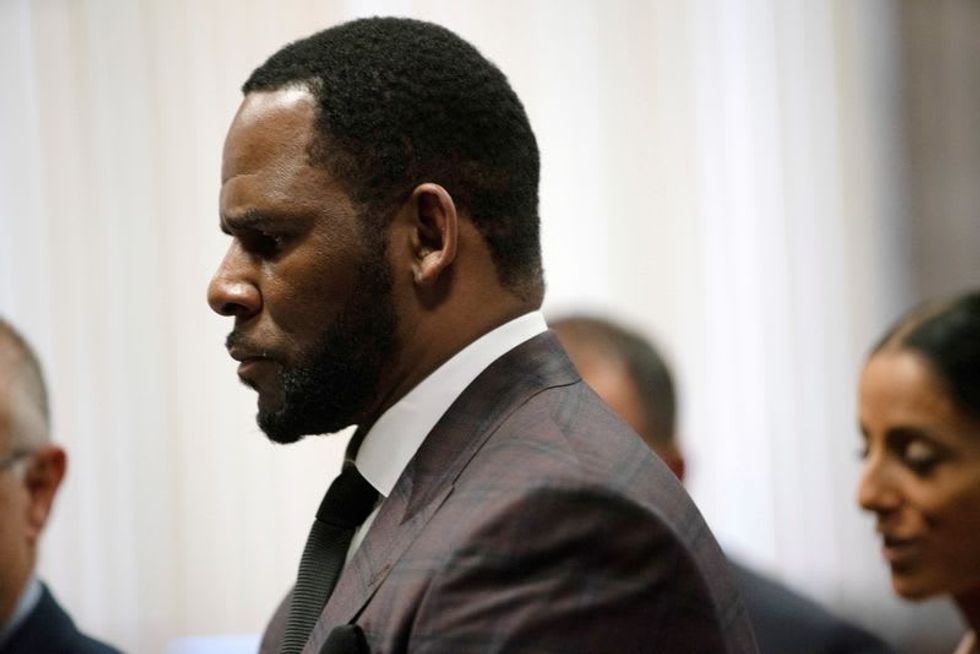 NEW YORK (Reuters) - R&B singer R. Kelly is on trial in Brooklyn federal court on charges he led a two-decade racketeering scheme in which women and girls were recruited for him to have sex with and subjected to physical abuse and blackmail.

Kelly has denied the charges.

Below is a timeline of events leading up to the trial.

August 1994: Kelly, 27, marries his singing protege Aaliyah Haughton, 15, allegedly bribing a local official to obtain a fake identification that said she was 18 years old. Prosecutors say Kelly met Aaliyah, as she was known, when she was 12, and shortly thereafter began a sexual relationship.

January 1997: Kelly's song "I Believe I Can Fly," from the soundtrack to the movie "Space Jam," reaches No. 2 on the Billboard Hot 100 and wins three Grammy awards.

February 1997: Tiffany Hawkins sues Kelly for sexual battery, which allegedly began when she was a minor. They settle out of court.

June 2002: Kelly is indicted in Chicago on child pornography charges following the release of a videotape showing him having sex with a minor.

June 2008: A jury acquits Kelly in the child pornography case.

January 2009: Kelly and his wife confirm they have divorced.

July 2017: Buzzfeed reports that Kelly is holding women in what their parents describe as a cult, fueling renewed attention to the accusations against the singer.

August 2017: Jerhonda Pace, who claims Kelly sexually abused her and was the first prosecution witness in the Brooklyn trial, breaks a nondisclosure agreement and goes public with accusations against Kelly.

February 2019: Kelly is indicted for sexual abuse by a Cook County, Illinois grand jury. A new indictment follows in May.

August 2019: Kelly is charged in Minnesota state court with engaging in prostitution with a girl under 18.

June 2021: Kelly fires two of his four lawyers in the Brooklyn case. Both are later replaced. Kelly is moved to a Brooklyn jail for his upcoming trial.