Trump apparently reverses position on Afghan refugees: 'Plane should have been full of Americans!' 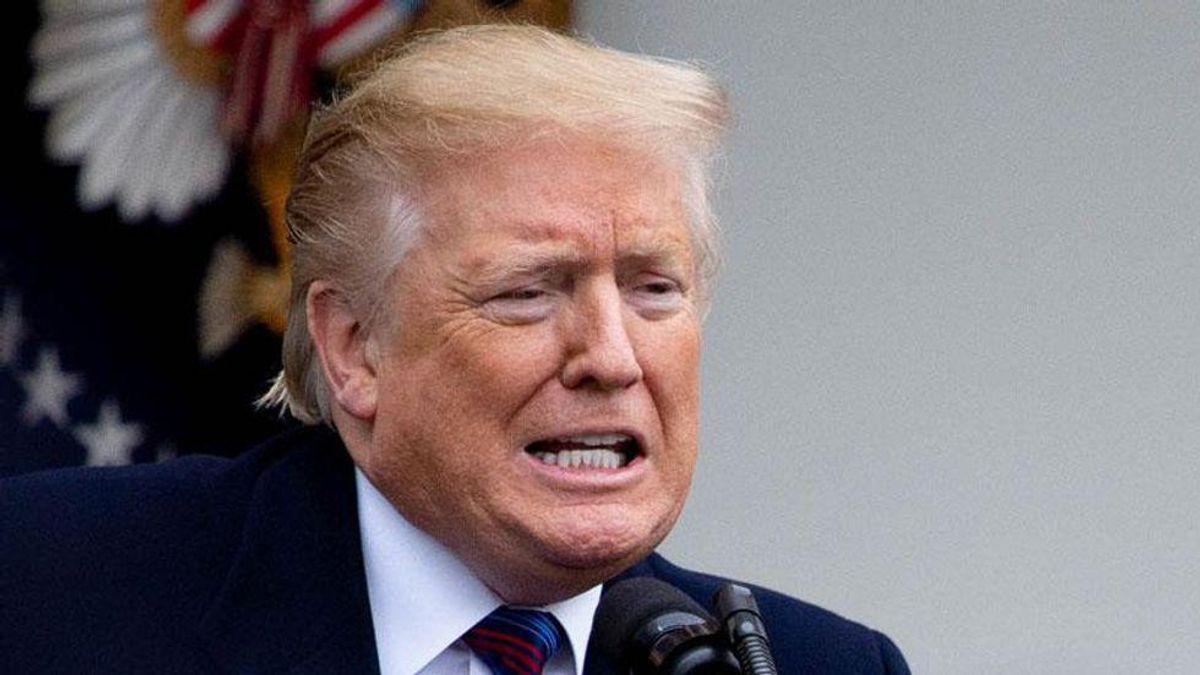 Trump speaks to the media in the Rose Garden at the White House. (Michael Candelori / Shutterstock.com)

Former President Donald Trump on Wednesday seemingly reversed a statement he put out Monday in which he seemed to say that Afghans fleeing from the Taliban should be allowed refuge in the United States.

While criticizing President Joe Biden's botched handling of the evacuation of Americans and American allies in the Afghan capital of Kabul, Trump rhetorically asked, "Can anyone even imagine taking out our Military before evacuating civilians and others who have been good to our Country and who should be allowed to seek refuge?"

However, in a statement released Wednesday, Trump raged at the photograph showing hundreds of Afghan refugees packed into a C-17 airplane flying out of Kabul.

"This plane should have been full of Americans," Trump said. "America First!"

Trump's apparently reversal is not surprising given how many of the former president's own allies have been fearmongering at the prospect of granting refugee status to tens of thousands of Afghans who helped the United States during its 20-year war in their country.