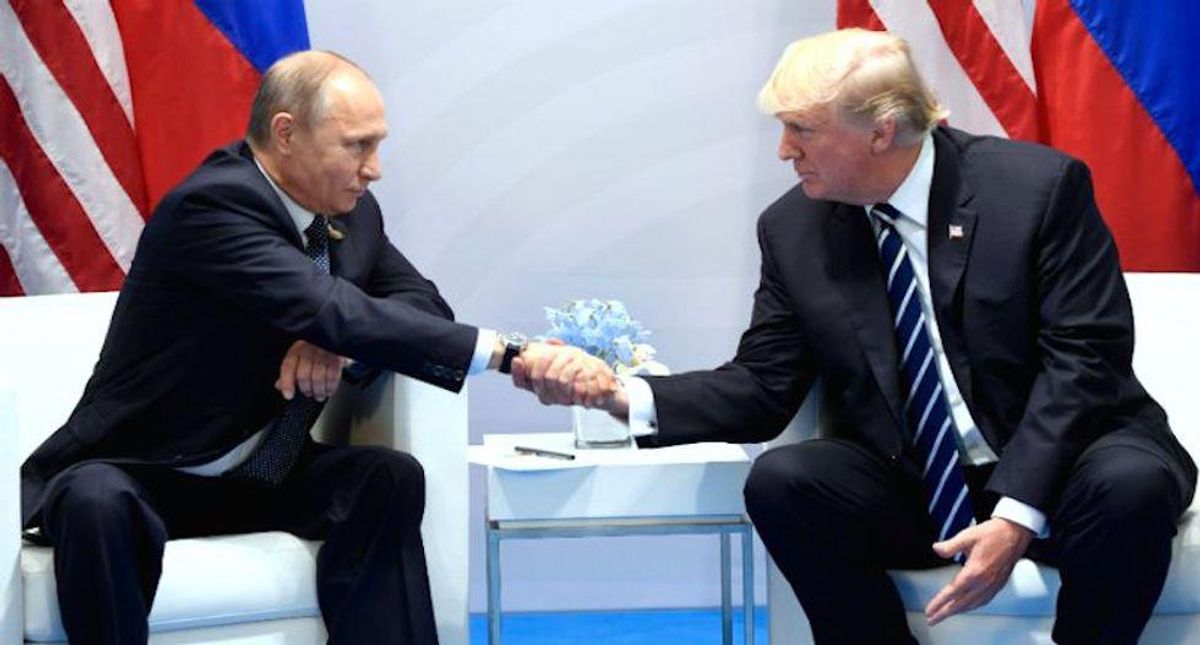 "McCarthy didn't mention two intelligence operations by Russia to meddle in US elections to help Trump win," Collinson wrote. "Nor did he mention Trump's notorious press conference in Helsinki when the then-president threw U.S. spy agencies under the bus on live television and embraced the denials of Putin, a former KGB officer, on election interference. Trump's former top Russia adviser, Fiona Hill, told CNN this week that she considered faking a medical emergency to stop the press conference in 2018 since it was so excruciating and damaging to US interests."

The former president, outrageously, told Fox News sycophant Sean Hannity that Biden gave Russia "a very big stage" but "we got nothing."

"Trump's critique of his successor was especially ironic, because the key criticism of his meetings with tyrant Kim Jong Un was that he ceded the prize North Korean leaders have craved for decades -- recognition on a platform alongside the U.S. leader -- while failing to slow Pyongyang's nuclear program," Collinson wrote.

Republicans are trying to rewrite the history of Trump's four-year term, which ended only months ago, with the same lies and false realities that marked his presidency.

"What you're seeing and what you're reading is not what's happening," Trump said in 2018, giving away the game.

Now the entire party is engaged in spreading the "alternative facts" that Trump's White House once used to mislead Americans.

"It is a chilling reminder of how a totalitarian government rewrote every book, changed dates and falsified every record in George Orwell's novel 'Nineteen Eighty-Four,' to such a point that 'history has stopped' and nothing exists except a present in which the Party is always right," Collinson wrote.