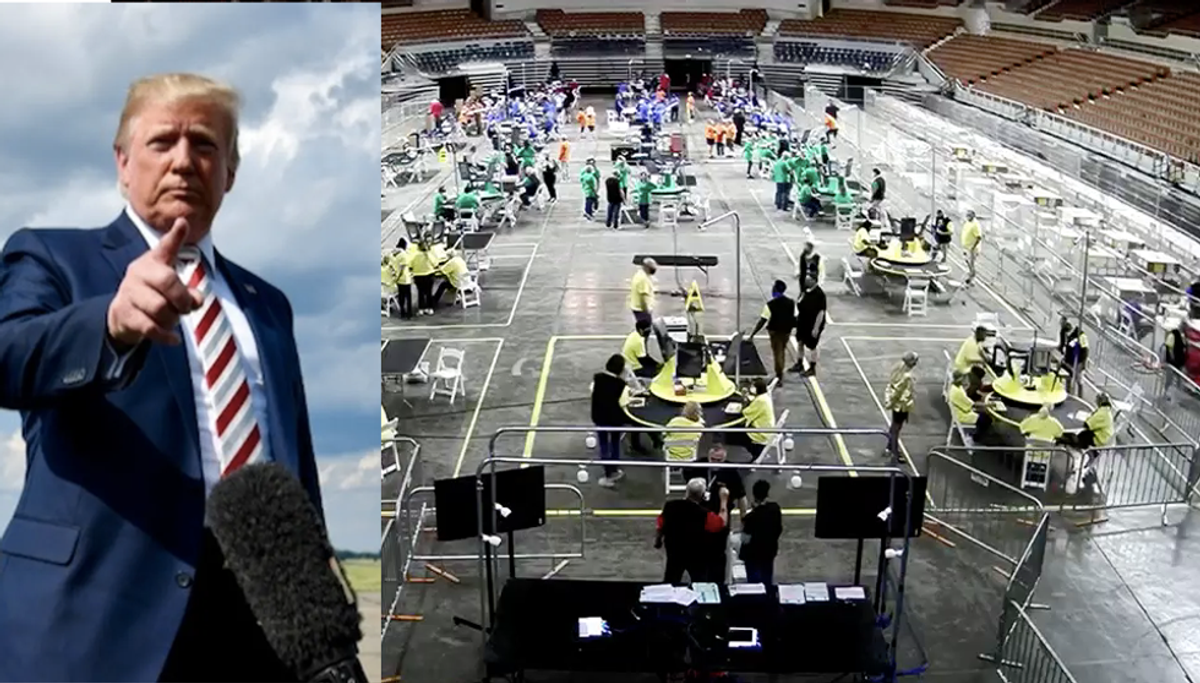 Writing, "Republicans in the state are still divided over the results of the last election, months after President Joe Biden was sworn into office," Arkin adds, "Republicans are speaking out to warn that the amateurish conduct of the audit and the conspiracy theories it has amplified could cause lasting damage to the party. Next year they must defend an open governor's seat and try to flip back one of the two Senate seats Democrats took in the last two elections."

According to Bill Gates, a Republican Maricopa County supervisor, the time to pull the plug on the operation being conducted by outside firm Cyber Ninjas was yesterday.

"First of all, you do need to get to a point where you say, 'Okay, we're done. We have sufficiently addressed concerns that might be out there in the community.' And I feel like we had gotten to that point," Gates explained before adding many Republicans in the state are deeply distressed at how the party looks to the rest of the country.

Tammy Patrick, a former Maricopa County elections official, added, "This is not an audit. It's not even a recount. If we continue to indulge this kind of activity, we will not be living in a true, healthy democracy."

Politico's Arkin adds, "The worries go beyond the political ramifications. Election administrators and security experts are also gravely concerned it will further erode trust in the election and open the door to more unwarranted challenges to future elections, in the state and elsewhere."

"There's a great opportunity, but the last thing that the party should be doing right now is relitigating the 2020 election and basically saying that if you don't believe in the Big Lie, then you're not welcome in this party," Republican Gates added.