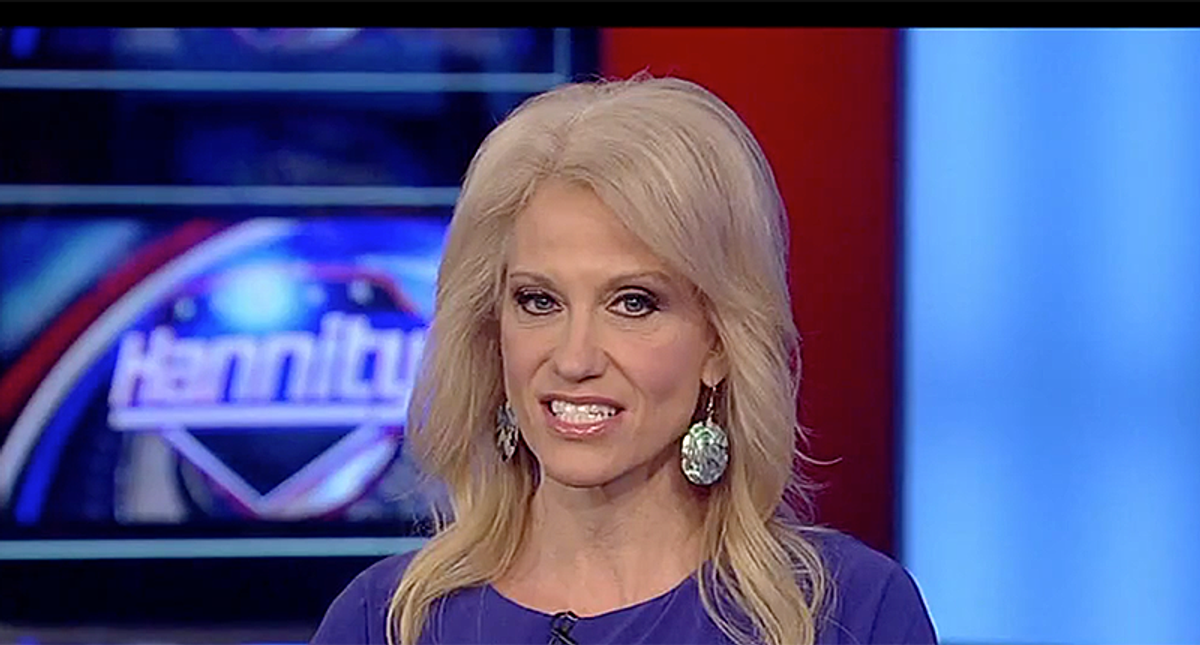 On Tuesday, The New York Times reported that Simon & Schuster, the prominent publishing house, is under fire for moving forward with a deal to publish former Vice President Mike Pence's books.

"On Monday, editors and other employees at Simon & Schuster delivered a petition to management demanding an end to the deal, with signatures from more than 200 employees and 3,500 outside supporters, including Simon & Schuster authors such as Jesmyn Ward and Scott Westerfeld," reported Elizabeth Harris and Alexandra Alter. "Most were probably not aware that the company has also signed the former Trump adviser Kellyanne Conway, according to people familiar with the matter — a move that is sure to throw gas on the fire."

This comes soon after the company canceled a book deal with pro-insurrection Sen. Josh Hawley (R-MO) — who has since published it elsewhere — and as former Attorney General William Barr lands a similar deal.

"In another era, book deals with former White House officials were viewed as prestigious and uncontroversial, and major publishers have long maintained that putting out books from across the political spectrum is not only good for business but an essential part of their mission," said the report. "In today's hyperpartisan environment, however, Simon & Schuster has become a test case for how publishers are trying to draw a line over who is acceptable to publish, and how firmly executives will hold in the face of criticism from their own authors and employees."

According to the report, many publishing houses are wary of inking these deals for fear of backlash — and this has both allowed smaller outfits to snatch up the deals, and for Republicans to create their own spaces for publishing.