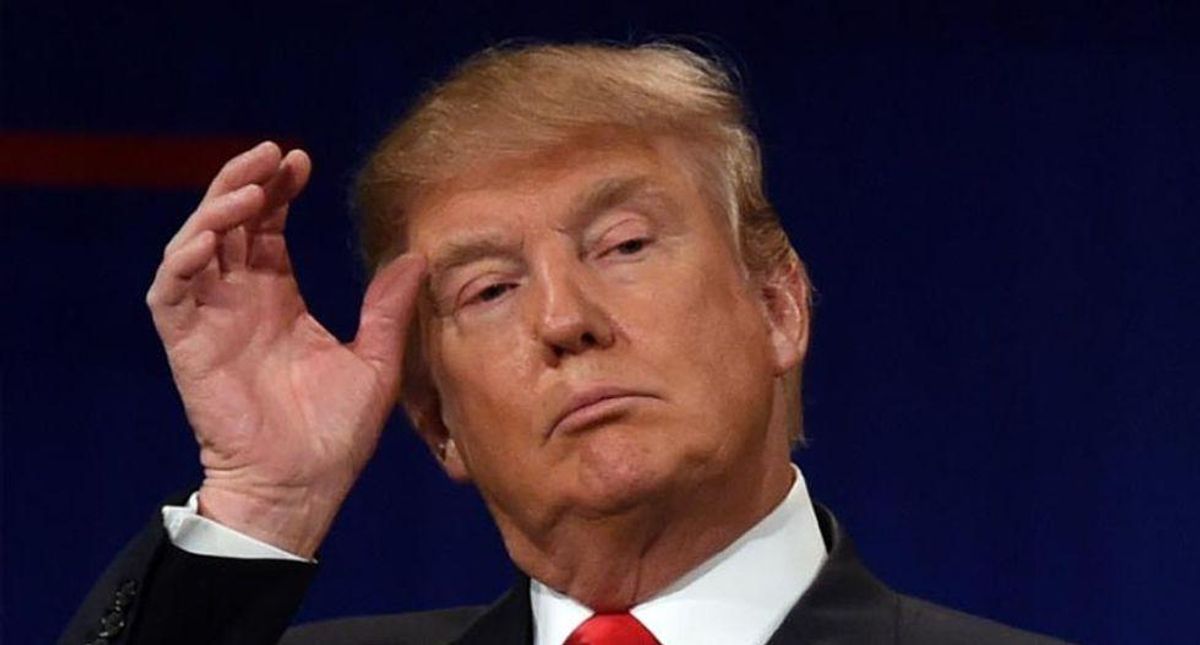 “He's not big on press coming in. I don't think he'd ever done it before," Trump said, as first reported by The Uprising's Hunter Walker (video, via Women for Trump, below).

“And the press came in and they were rough, not so much with him — even not so much with me — but the way they poured in, physically they tried to push guards down. And fortunately, these were North Korea guards. They didn't get pushed down."

“It was a rough kind of a day for the press," Trump noted.

Walker adds there is "a chance Trump may have said 'unfortunately,' but the overall intent of the remark — mocking tough physical treatment of the press by the authoritarian Kim's guards — is clear. After telling the tale, Trump began to chuckle and the audience laughed along with him."

The Washington Post reported at the time of the meeting, June of 2019, that then-press secretary Stephanie Grisham was "bruised...in a scuffle between North Korean security and members of the U.S. press pool covering President Trump's meeting with North Korean leader Kim Jong Un."

The Secret Service was forced to intervene "as North Korean guards pushed and shoved American reporters," The Post added.

Trump spent a good portion of his time campaigning from 2015 through 2021 attacking the press, even calling out some reporters by name. One famous story involves NBC News/MSNBC reporter Katy Tur, who required Secret Service armed escorts out of a Trump rally in December of 2015 after she was personally, verbally attacked by Trump.